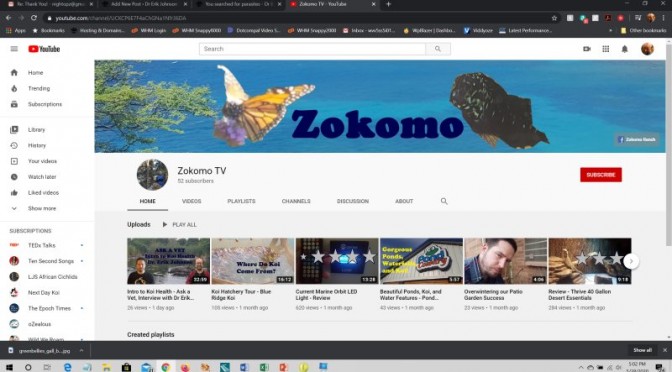 I went to Blue Ridge Fish Hatchery this spring to give a seminar for the folks at Garden State Koi –  it was a LOT of fun. I put the notes on here somewhere.

There was a guy there named Andrew Hedman and he shot a bunch of video and pieced it together into a tour of Blue Ridge Fish Hatchery and it’s a good video. Pretty much captures the meat-and-potatoes of that visit.  END_OF_DOCUMENT_TOKEN_TO_BE_REPLACED 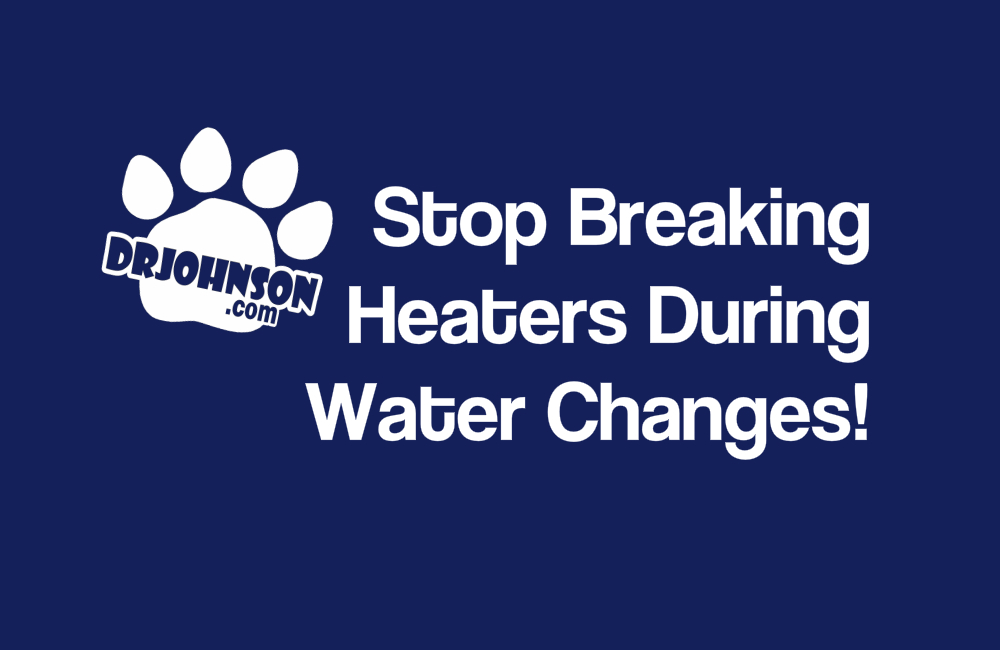 So, they finally perfected the “titanium” submersible aquarium heater. You never have to worry about smacking it against the side of a tank or container. Ehhhhhhhhhhh  sort of.

I watched someone do a water change and drain the tank and left their titanium sizzling and then it shut off.

Yeah, there is a thermal overload breaker that kicks off the heater before it bursts. But don’t rely on it!

I like THESE titanium heaters and use them in all my tanks. The Popetpop 400W titanium.

Learn about titanium heaters in general:

Very Possible Cure For Some Cancers

A convergence of research on antioxidants, gut microbes, the immune system, and cellular modulation and aging, has presented a possible cure for cancers. I really think so.

This is my 180 gallon acrylic Half moon tank, it’s a Clarity Plus which means it’s built to withstand Armageddon. I have black sand in it, instead of gravel, because it looks better and it doesn’t allow the accumulation of much debris. The filtration is 3 sponge filters. They’re usually $23 a piece but I found an Amazon typo error for $9.99 each. (Typo link)

I’m driving the filters with an Aquascape Pro 60 aerator and that’s OUTSIDE the house feeding the tank through it’s 3/16th air tube. Silence prevails.

The tank is heated with two of the Titanium heaters on an external thermostat.

The point is that the heaters are adjusted to 85 degrees F.

But they’re on a thermostat that’s set to 78 DF.

If the thermostat fails, the WORST that happens is that the tank hits 85 DF. Which is amply survivable under the kinds of aeration you see in the video.

The better looking wood in the tank is real driftwood from Lake Allatoona. We can talk about using freshwater driftwood sometime. Some of the smaller ‘wood’ is resin ‘fake wood’ I had knocking around.

Lighting is all 100% LED and as the more expensive, hermetically sealed marine lights die, I’ll be replacing them with these LED strips. Water proof, submersible and CHEAP. Bright, too.

I’m sure I’m forgetting something but let’s get to the tank, shall we?

Parasite Videos Under the Microscope

Dr Petty has uploaded a mess of parasite videos to a Youtube channel. Some of them are really very, very good. I’m linking from here because I just stumbled onto them, and it seems that very few people have found them. I suspect it’s because she didn’t put “All my fish died” “I’m getting out of the hobby!” or “Exotic Species Unboxing” in the title of the videos.

Also, she doesn’t wear a bikini while presenting the videos.  So, per Youtube: “Nuts to that!” 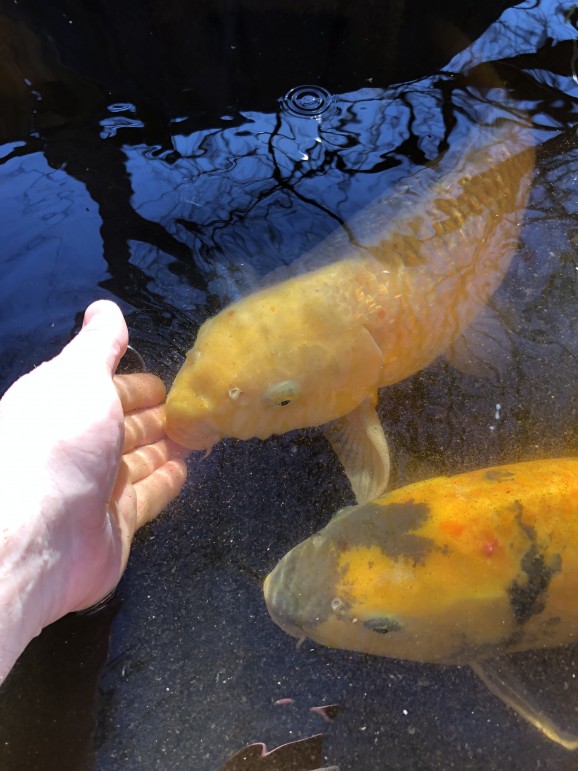 This is the Chagoi that ate the pecans. (Case) 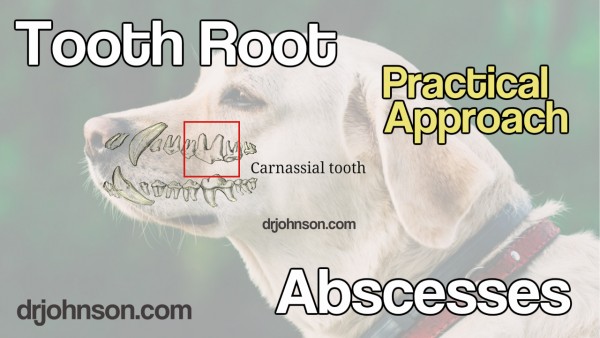 Canine tooth root abscesses are common, and sometimes there’s more than meets the eye. What if it’s cancer from Apoquel? How can you tell? What should you do? How do you treat a tooth root abscess, antibiotics? Is it always ‘yanking the tooth’?

Management of a canine tooth root is usually associated with,

…or followed by the use of a non steroidal anti-inflammatory like Deramax, plus antibiotic therapy and my preference is a macrolide like Clindamycin which has decent bone penetration and can access and destroy the kind of gram negative germs that live anaerobically in pockets like abscesses and teeth roots. 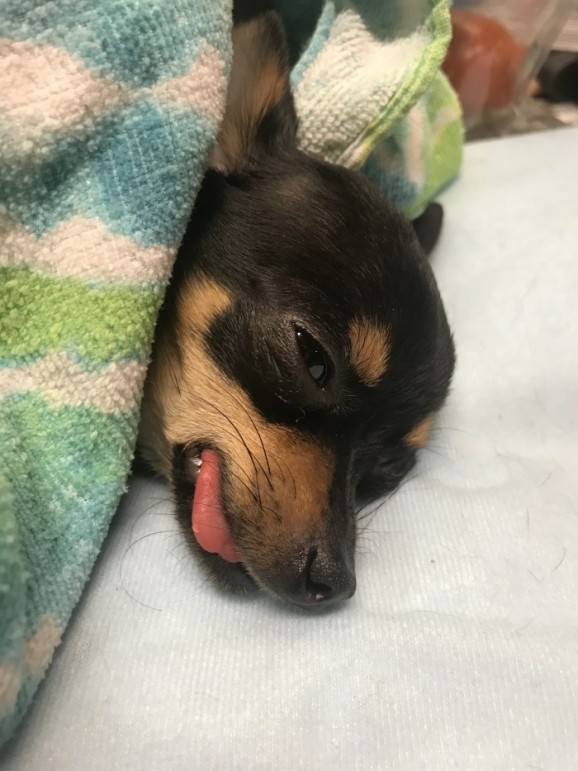 Luna had retained baby teeth. The space between the adult teeth and the two retained teeth was always a ‘home’ for slime bacteria and the odor from her mouth wasn’t endearing. Nope, not at all.
Nice thing about being a Vet is I could handle things.
So I brought some anesthesia home and we removed the offending teeth right on the countertop in the kitchen. She woke up in the bed.

END_OF_DOCUMENT_TOKEN_TO_BE_REPLACED

What Is In Each Video? Table of Contents: Twenty Koi Health Video Tutorial

What’s Wrong With My Koi Fish?

For folks who don’t really want to mess with information, just adding stuff to get fish to live. Six things you add. Really sarcastic. But it works.

What Is In Each Video? Table of Contents: Twenty Koi Health Video Tutorial