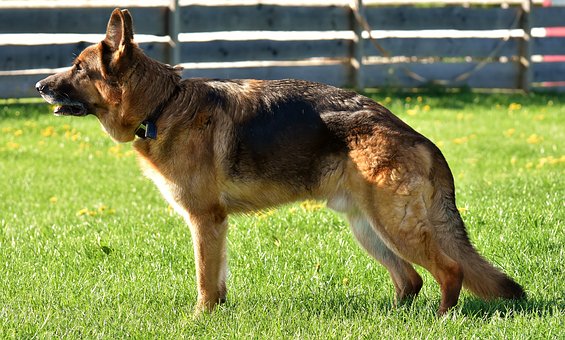 Without a doubt the first thing you have to do, is add 15 to your current age. Take that number and put it at the end of the following sentence:

“I am prepared to accommodate the needs both emotional and physical of this dog until I am ___________ years old.“

It’s just so that you are extremely careful about adopting a dog with a problem with its disposition. People think they are going to “Fix“ the various insecurities and idiosyncrasies with a dogs personality. When in fact, if it’s what they would call a “abused“ or difficult dog, you will probably end up walking on egg shells around it, and protecting your guests, from spontaneously petting it until you are ___________ years old.

Go see the critter, and leave her behind if she seems at all skittish, if they say “she’s been abused” or if they say “don’t worry about it she warms up to strangers after a little bit” or “ she’s just scared“

Just know that you will be saying all of the same things every time you have a visitor to your home. Or worse. Once they develop some confidence that kind of dog can be a real liability.

However, if she runs right up to you, if she sniffs your face upon pick up, those are good signs.
Look at her teeth and see if they agree with the age they say she is. Look at the lenses of her eyes and notice if she has cataracts at all.

I would like to take a moment to discuss the adoptive term “she’s been abused or “we think she was abused“. That is an excellent reason to leave a dog behind. 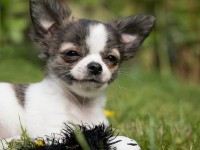 It’s not hard to find a dog that has been abused for real, but it is three times rarer than finding a dog that was never socialized. There is a huge difference. Most of the time, a dog that has been actually abused would not bite at flea. They have had all defiance beaten out of them. They sometimes make the best dogs you could get. The other 75% of the time, the dogs that they think were “abused“ simply spent the first three months of their life in a cage with no socialization so that they are almost feral, and everything scares them. Less common among rescue dogs is the one that was never socialized because it was always up under mothers petticoats. It is imprinted on one person, and everyone else is simply terrifying.

This is especially true with the “vigilance breeds“ from Germany who were carefully hand selected from generations of puppies to imprint on one person and be terrified of everyone else, and to engage only the fight response when scared instead of the flight response so normal among other dogs.

If the dog is big enough to do damage, never let anyone try to explain away “he’s just scared“ about an animal you think you will introduce to your home.

If you are a Googler, take a minute and look up “reactive attachment disorder“ and that is 75% of those dogs that The rescue organization would call “probably abused.“

Real abused dogs, are submissive, and very likely to roll over and pee when approached by just about anyone. The last thing a beaten dog would think about is curling a lip.

There are hundreds of heartwarming stories where a dog has been adopted, wild eyed and tearing up peoples hands every time they reach out, blood stained bandages and people moving through Med first like a revolving door…. with the “after“ picture of the dog curled up on some owners lap. Go ahead and scroll up to the top of the page where you put your future age Into that sentence and figure out if you want that only *potentially* heartwarming experience, until you are ___________ years old

You could have no idea whether you are, or are not, the Jane Goodall of dogs.

Ask them for a 48 hour approval phase where you’re going to take her to the house to meet everybody and arrange to let me look at her for a minute so you don’t get someone that is going to plague you with dermatology cardiac or orthopedic bills for the next 15 years.

Angels among us is my favorite pet adoption group I consider them top-notch and I have seen hundreds of excellent puppies from there, and I’ve never seen an instance where they would lie about anything.

The key thing to keep in mind, is that with any luck you will be with this dog for 12 to 15 years and if it has a “stone in its shoe” about anything… that is a long time to cope with it and depending on the adopter, it may or may not be the last dog they get.
My next dog will be coming along and when I am 64 years old, if the dog lived 15 years I would be 80. I refuse to put up with a difficult dog for 15 years.