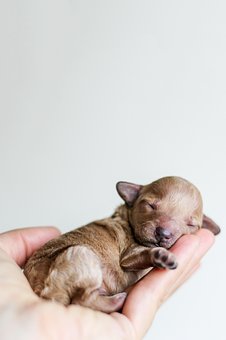 How To Raise a Pretty Good Puppy

Well, how to raise a REALLY good puppy. I learned a mess of stuff about caring for puppies over the years, because I saw what people did right and did wrong, and so I made this two page document. I think what’s happening these days is that people are coddling the dogs too much. That’s NOT to say you need to be mean, in the slightest. The only time I’m ‘mean’ to Ajax is when he does something that could jeopardize his security. He was NEVER allowed to growl at anyone. He could never curl a lip at anyone. He was trained with a training whistle to come when called regardless of what he was doing. And he’s 100% amazing. Here’s how:

Probably bears clarifying because it was totally missed: That’s puppy advice. I’ll put that in the title. Wait…crap it IS in the title. 😯
No bearing on adult dogs. Feed adults wherever you want. They have already habituated going outside for their ‘business’.
And it says *feed* outside, not live outside.
And probably could stand clarification that if California wildfires have consumed the back porch, and are starting on the house, or it’s ten-below-zero: Don’t feed your puppy out there.
People are working on housebreaking and often lament: “He knows not to go in the house, but doesn’t seem to know to go to the door.”
If you give them EVERY reason to go to the door and go out; INCLUDING a bowl of food, then depositing wastes out there goes from ‘happenstance’ to ‘habit’ in just days, not weeks.
I think the whole thing needs a re-write to put the bumpers-up-on-the-bowling-alley. 😆😆😆