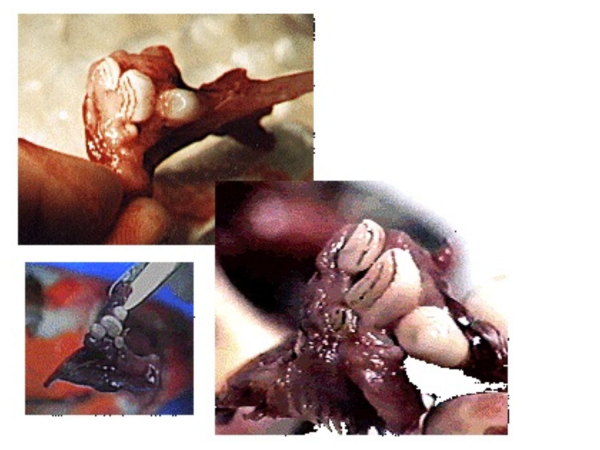 My Koi Ate TWO PECANS Whole! Should I Be Worried?

“Before I go any further, I am self employed, and nothing annoys me more than folks expecting me to do what I do for a living for free.  In this regard, I intend to pay you for any consultation, so please let me know your rates.”

(That was super classy, but I did not charge the fellow)

“Regarding Mini the chargoi, I spoke to Joe Hatter of the Koi Club last night, who opined that she probably either passed them through her gills or spat them out after she submerged where I could not see her.  He advised to keep an eye on her for the next couple of days, and check that she’s not swimming around with her mouth open.”
“This morning she was swimming around with the others, and came up to see me – so I fed them.  No apparent issues this morning…
I’m interested to hear your thoughts, Dr. Johnson.”
Kind Regards,
Jason

Great case!
She’s big enough to engulf a PECAN?
Here’s something that you probably did not know. Well, you probably do know that Koi have teeth, in the back of their throat and those teeth go up against a diamond shaped bone to crush what they eat.

They can crush a snail like it’s nothing.
If you got your pinky finger between the teeth in that bone, they probably would fracture it at the size I think Mini is.
I said all that to say this:
My wife and I used to target practice over the pond with Ruger P 89‘s which are 9 mm semi autos. Interestingly, they have a forward eject of the shells meaning that the casing flies away from the shooter and they happen to end up in the pond!!
Well, I didn’t think anything of it because they’re made of brass and that doesn’t dissolve into anything important, and why would a Koi eat a brass casing?
Well one day my doitsu Kohaku stopped eating and eventually wasted away. She was substantial so I put her under a flower pot so her bones would get picked and I could perhaps recover a sizable skull and teeth. It also helps to find out, postmortem, whether or not it was a piece of gravel that blocked them. Much to my chagrin, what I got was a 9 mm brass casing that had been flattened on the open end by her teeth.

She had apparently carried it around chewing on it until she thought it was small enough to engulf and she swallowed it!!!

A pecan is no challenge.

That other fella was right, the only time it goes awry is when the nut can’t get back to the teeth and fills the oropharynx and can neither be spat out nor passed out under the grill cover.
Diagnosis of an oropharyngeal obstruction is the Inability to eat, so if Mini is eating, you win!
I would not expect any problems, if however she stops eating, we might be having a problem with some of the shells in her stomach however I doubt it because in nature these animals have no problem eating whole snails and freshwater clams.