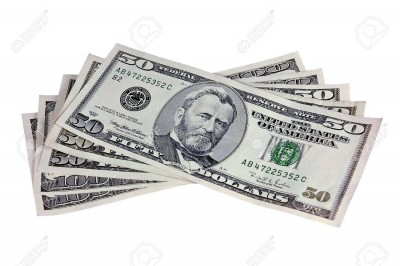 One of my clients had to take their dog to an emergency clinic in the middle of the night in September. It was limping. This is NOT a hypothetical case, the owner is probably reading this right now.

The corporation that had bought-out this particular emergency clinic, now requires a urinalysis and blood work for all admissions to the emergency service, no matter what. It’s called the “Minimum database for high-quality medicine”.

Here’s my math: Conservatively 20 admissions a day, 365 days a year since it’s an emergency clinic. And let’s, (giving them full credit for generosity), say that they are only going to run a spot-chem and a urine dipstick, so instead of costing $300, it only costs $100. (But we know it costs more than that, but come on, just for the math)

Then, giving full credit for the fact that they will see organ failures, blood disorders etc. let’s say that a full THIRD of those cases actually benefit from the blood work. The rest of them (66%) are lacerations, sprains and strains, sniffles, ear infections, eye problems, and dermatology.

That means that for $750,000 extra income in only *one* of the multiple locations they own, by making it ‘mandatory’, (minus 33% of pets that actually needed it), their gross (on nothing but a decision to mandate the tests for everyone), is $489,000 bucks. In one location.

Let’s say they have 10 locations.

But they don’t, they have at least 21. And that’s conservative, since they have clinics in 21 states, and Georgia has at least three. But let’s do the math on only 21 locations. (Probably closer to sixty locations since they have 475 vets on payroll)

Some MBA sitting on the Board of Directors over there came up with the idea to *require* urine analysis and blood work as a “minimum database” for a franchise of hospitals across the United States. That means that if your dog goes to the emergency room with a limp, a sniffle, an ear infection, a tail that won’t wag, a squinty-eye or itchy skin, you will be contributing to the new Corporate ‘slush fund’ of at LEAST $10,271,000.00 and that’s on the very-conservative side, saying they only see 20 cases a day in only 21 clinics and they only charge $100 for the testing.

Private veterinarians in Marietta are, for the most part, independent owners and can make the decision on a case-by-case basis who would benefit from bloodwork or a urinalysis. There are just a couple daytime practices that are corporate owned, and you probably have already felt a little pinch from some of the corporate upsell, and “just to be on the safe side“ frivolous testing. (But, don’t blame those veterinarians, they’re just trying to keep their jobs!)

But most vets in Marietta are independent owners and will treat you more personally, and more conservatively than far-away corporations making decisions on the basis of shareholders and not the actual dog or cat.

To the VALID comment:”I thought they did a GREAT JOB!”

Answer: They absolutely did. Some of the finest and most talented Vets and technicians I could name, are now ‘Corporate’. They didn’t suddenly become subpar!!!!

I am lamenting corporate and shareholder medicine. Like I did when I too, worked for a Veterinary corporation as a new(ish) grad. (I lasted 9 months in corporate medicine, because the gimmicks they put us to were absolutely ICKY. Commissions and incentives that insulted my ethics by implying I could be ‘bought’ to treat cases financially not medically.