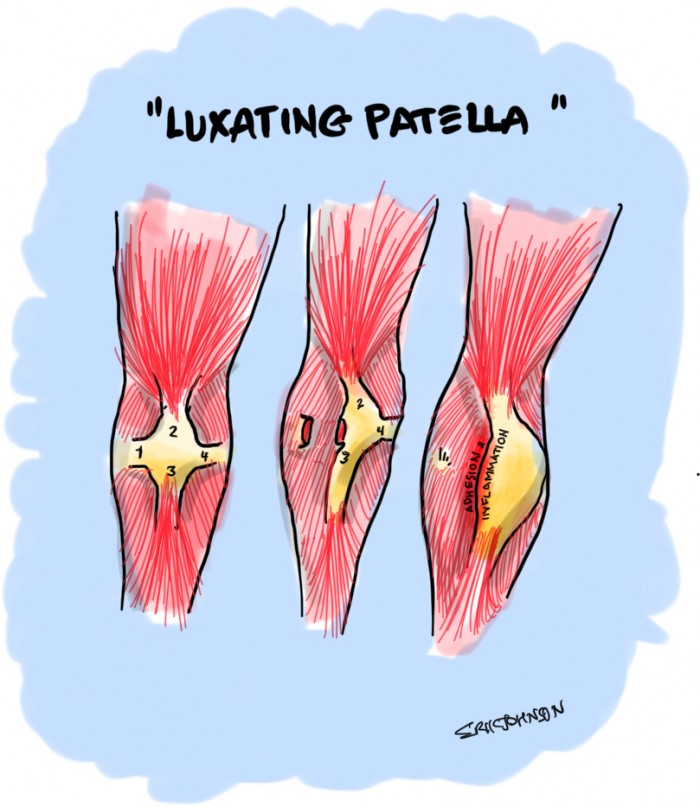 The luxating patella can be the result of stretching or breaking of one of the patellar collateral ligaments, meaning one of the four suspensory ligament that hold the patella or kneecap in place. If the kneecap tends to stay out of place a lot, it may actually fuse or adhere in that position which makes it somewhat less painful.
If the kneecap only pops out rarely, most animals don’t manifest a clinical symptom except for an occasional hink or hop in its gate.
In dogs under 15 pounds, surgery is rarely needed to keep the knee functional. That changes if the dog gains a lot of weight. Even a 3 pound Chihuahua that’s allowed to become obese, may have a problem if it’s knee caps luxate.
The surgery to replace the kneecap may involve the moving of the tibial crest, some doctors will imbricate the fascia attached to the patella and then deepen the groove in which the patella resides.