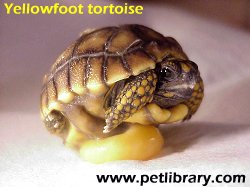 In the Fall of 1997 I decided to start a breeding project to propagate Geochelone denticulata, the Yellowfoot Tortoise from South America. I start with a male specimen I got in Atlanta, a tortoise in captivity for twelve years with no other yellowfoot company.

Named “Elmo”, this large male geochelone denticulata is a voracious eater and a prodigious breeder. He even makes the gutteral “calls” to which I was first exposed on the CTTC Site.

I bought two adult females from a place in Florida, these have been in the U.S. for thirteen or more years. They have laid eggs for the man in Florida, but without a male, he had none fertile.
Feeding time is a bustling event. These tortoises eat a prodigious amount, every day.

Look at how the female attacks the food!

Their diet is as follows:

Their outdoor facility is a nice, chainlink enclosure. It’s deficiency is that it’s not a dirt floor for egg-laying. I provide a box of peat for them to dig in if they desire.

I also keep water turtles, indoors overwinter. Their facility is pictured at left. The lighting is a metal halide pendant light and the filtration is a Bubble Bead Filter.
I am accumulating alot of information specific to Yellowfeet.

See a post below, I got from one of the greats.

“Denticulata for some reason are not kept as captive animals nearly as much as are carbonaria. They are a lot larger! Also a gorgeous animal……

They require even higher humidity that do Carbonaria…..because they strictly inhabit tropical forest areas in South America.

Temperature must also be kept at a very stable level, variations can and do cause severe illness. They MUST have constant access to drinking and “wading” water to sit in, which needs to be cleaned and replaced on a daily basis. A cement pond set to ground surface often works well. A drip irrigation system on timers installed to simulate rainfall is recommended. They love it!

You must keep the temp between 25 to 27 degrees C……and they need A LOT of room, they love to roam and get lots of exercise.

The diet is “basically” the same as Carbonaria, but a bit more fruit is required. Occasional animal protein as well, they love low fat canned dog food, offer every one or two weeks.

You can also soak monkey chow bisquits, some will eat them….do not offer more than once per week. 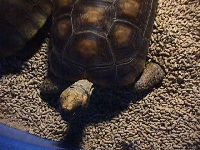 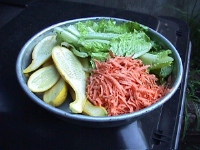 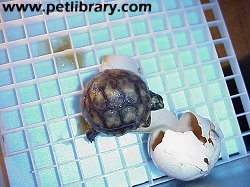 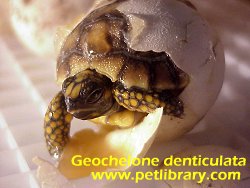 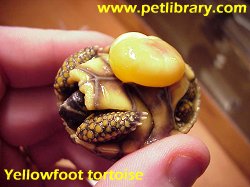 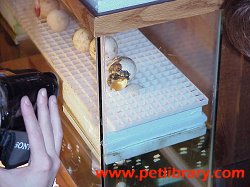 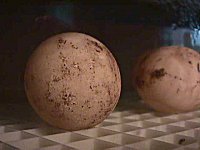 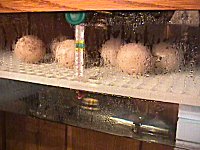 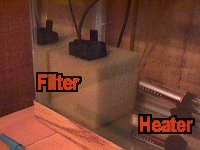 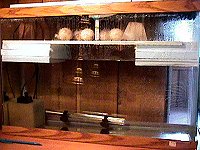 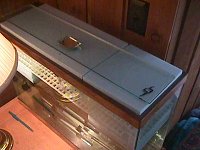 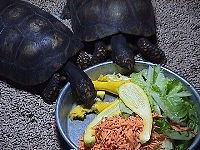 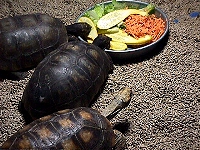 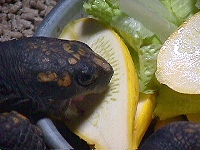