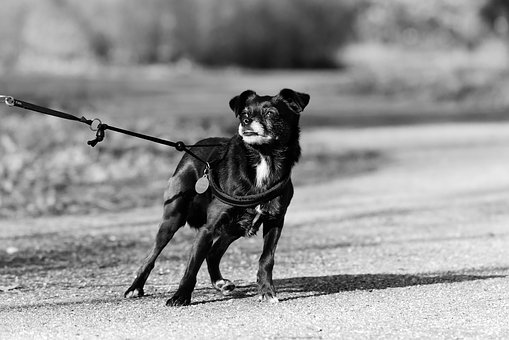 Your biggest liability is that he pops off the leash and ends up in traffic. I would say by itself, that is a good reason to reign in this behavior.

First order of business is to get a gentle leader. That will solve nine out of 10 of the problems. However, there are dogs who have short noses and the gentle leader will not stay there muzzle.

The three major pushbacks to the gentle leader seem to be is that it makes the dog look mean which actually going nuts on the end of the leash also does. But the single greatest pushback is that the dog doesn’t like it. I guess you have to think about that one for a minute. When you go for a walk do you want to like it or do you want him to like it. You know, they eventually get used to it.

There are also some dogs that claw at the gentle leader and try to get it off, you have to be persistent and apply discipline. It’s worth it, because once they figure out what’s going on, you can walk them on their leash and have an enjoyable time.

Dogs that freak out on their leash and DON’T work on the Gentle Leader should be put into a vest type harness. Strappy harnesses can be slipped out of more easily and they put the pulling pressure through straps which are not as comfortable as a vest. The purpose of a harness or vest is that it is much less likely to fail and allow the dog into traffic or on to whatever little dog it might be freaking out to get.

Thinking outside the box, many people have successfully put “bark collars“ on dogs that freak out on the leash, most recently I spoke to someone who said they did not even have to set the collar on the shock setting, just the beeping noise that it made was enough to disconcerting the dog to stop barking and cooling.

See, the dogs don’t know whether they are getting disciplined to barking, or the combination of barking, and jumping and pulling. Most of them stop within relatively short order, upon getting a small static snap.

It is a very rare dog that associates the static correction with the stimulus it is barking at. Correctional training bark collars are effective against dogs that noisily freak out on the leash. 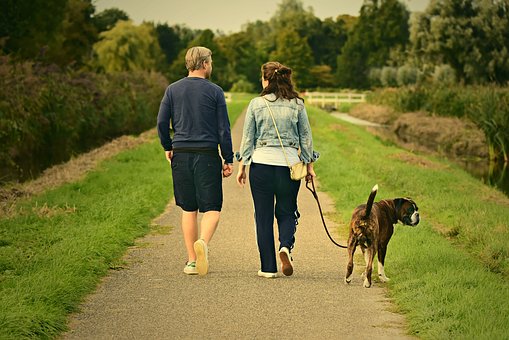 However: Contemporary training, holds that you should never discipline a dog. You simply withhold praise until they do the right thing, and then you give them a treat. So if you have a week or more to do it, you can take your dog on a walk and while he is freaking out you just bear it. When he stops, you give him a treat. That way you never have to discipline him or tell him no, which seems to be what a lot of trainers are turning to these days. I wonder if that method is so stupid and slow that it’s just to keep you in cla$$ longer?
You may think I’m being salty or sarcastic but I am not, if you look around you will see some trainers to believe that the word “no” is unnecessary in training. It might hurt the dogs feelings.
If Ajax was going crazy on the leash, I would get him a gentle leader and that would be that. He would have to get over it. If I couldn’t get him used to it, I would pay a trainer to get him used to it.

If they had not invented gentle leaders, I would get Ajax a harness and a bark collar.

If they did not have harnesses and bark collars, I would smack him with a flyswatter. And I’m not kidding about that, flyswatters are an effective, old-fashioned training tool because they do not teach your dog to fear the hand, and they definitely don’t hurt.

If I had to wait until my dog behaved correctly and I was prohibited from telling him “no” or correcting him in some way, I would pass on even having a dog.