Stable pH Is Easy These Days

Stable pH Is Easy These Days

The most common cause of fish illness in the “established” aquarium is a sagging, or even “crashed” pH.

This is because literally EVERY biological process in the tank is bringing the pH down.

With all that going on, the pH would fall overnight EXCEPT there’s “carbonates” in the water that buffer that. Until the carbonates are “exhausted” then the pH *does* crash overnight. 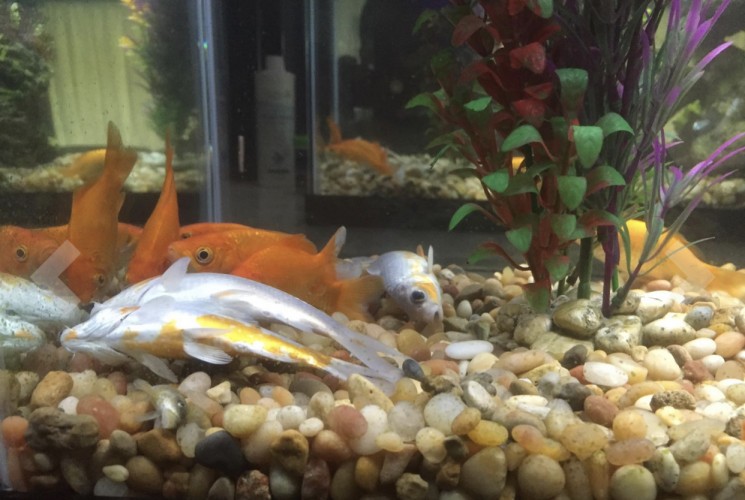 Dead fish. pH was not buffered, and the gravel offered no carbonates, either. Crashed pH.

So what you have to do is supply “carbonates” to the system. And you can do that with several things. I’ll tell you what’s wrong with all of them.

Oyster shell – (click) Dissolves too slowly to “fix” anything but really “keeps it there.”

Crushed coral – (click) Dissolves too slowly to “fix” anything but really “keeps it there.”

Neutral Regulator – Works great and “fixes” a crash in time to save fish lives. Contains phosphates which MAY contribute to algae growth in high lighting situations. Limit photoperiod to 8-10 hours a day and you’re golden. (Click to find it)

Baking Soda – Works great and “fixes” a crash in time to save fish lives BUT doesn’t last long at all. No phosphates.

PH Pills – Made of Plaster of Paris. They work great, and last a long time. You can “SEE” whether they’re still there, so you know they’re working. Cheap. (PH PILLS)

Testing pH is simply a measurement of the free hydrogen ions(H+) in a system. pH is measured on a scale of 1-14, anything below 7 being acidic, and anything above 7 being basic. But the pH required for aquatic life ranges between 5.5-8.0. Koi and goldfish can, and do, tolerate a very high pH measurement.

People spend a lot of time and money trying to bring down the pH, but this is unnecessary unless there is also an ammonia accumulation in the system. The toxicity of ammonia is influenced by pH. At higher pH values, ammonia is more toxic. Below a pH of 7.2, most ammonia is ionized to “ammonium” and is far less toxic. This has relevance if you are considering raising the pH in a system with accumulating ammonia.

The toxicity of ammonia is influenced by pH. At higher pH values, ammonia is more toxic.

The pH level impacts fish in several ways. First, if it is too low, a condition inside the fish called “acidosis” results. Symptoms are a loss of appetite and then production of excess slime, as well as isolation, resting on the bottom of the pond, or piping at the surface. This is followed by a streaking of the fins; then death will occur. If the pH is too high – say, over 10.0-11.0, the fish will produce excess slime and gasp at the surface. Losses can be major. This condition, called alkalosis is hard to rapidly reverse once it occurs. pH is prone to decline in systems which do not contain sufficient pH buffers or carbonates, and pH can also decrease quickly due to oxygen consumption, accumulation of carbon dioxide, decay of fish and other wastes, and the normal activity of nitrifying bacteria that reduce ammonia to nitrite.

Crashes from a midrange pH all the way down to 5.0 can occur overnight. The pH doesn’t drop below 5.0 because at 5.5, the beneficial bacteria that may have contributed to the crash will cease to function and shut down, preventing the crash from dropping any further. In systems where pH has been chemically stabilized by the addition of carbonates such as baking soda, oyster shell, or any of the commercial buffers, the pH crash phenomena is not commonly seen. pH is supported by alkalinity, or carbonates. Without carbonates, the pH of the system will undoubtedly crash.

It is also worthwhile to note that in ponds built with natural rock aggregates, these construction stones and gravels, depending upon their type, can contribute a great deal of carbonate activity to the water, thereby reducing the need for concern regarding the pH. In other words: a pond made with Tennessee field stone is relatively safe from pH crash due to its possession of carbonate-donating rocks. Regular testing of pH will tell you if you have carbonate donating aggregates in use or not.

What is “Flashing” in Koi or Pond Fish?

Vitamins For Freshwater Fish Are a Waste of Money

Phosphate Removers Are A Waste of Money