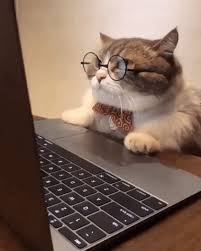 Besides extremely expensive, (and risky) liver biopsies, ultrasounds, radiographs and bile-acids-tests – – there are seven ways to interpret liver health.  All of these come from the bloodwork.

Here are the seven liver measurements and their interpretation:

*ALT* – Alanine Amino Transferase: This is a “damage” enzyme and it’s typically elevated when the liver is being damaged in some way, by bacteria, viruses, or mechanical issues like duct obstructions or even cancers. ALT may also be elevated for other reasons. So, elevations in ALT aren’t dread-harbingers unless there are other clinical signs and bloodwork problems that suggest it.

*ALK* – Alkaline Phosphatase: This is a ‘stress-leakage’ enzyme that comes up whenever the liver is ‘overworked’ metabolizing drugs, germs, cellular debris, toxins, and sometimes during bone changes in rapid growth or decline (puppies).

*t.BIL* – Bilirubin is supposed to be removed from the bloodstream by the liver. If the liver falls-down-on-the-job the Bilirubin backs up and shows up high, in the blood work.

*BUN* – Blood Urea Nitrogen. A liver function assessment: The liver turns the bodies protein-by-products (ammonia) into Urea Nitrogen, which the kidney can get rid of. If the liver fails, the Ammonia is NOT converted into BUN (Urea Nitrogen) and the value for BUN drops off while the ammonia skyrockets, sometimes the BUN can fall all the way to zero and the kidney isn’t the problem. Dogs die of Ammonia poisoning.

*tPROT* – The liver makes all the bodies’ protein. So the “Total Protein” is a number that assesses how well the liver is processing amino acids, and making vital proteins. In liver failure or liver shunts, the Proteins will be reduced by the liver’s lack of production.

*Albumin* – Albumin is just one of the proteins the liver makes. If the Albumin is normal, it speaks well to the liver’s ability to make it.

*Globulin* – Similarly to Albumin, this is a bloodstream protein and the liver makes all the bodies’ protein.