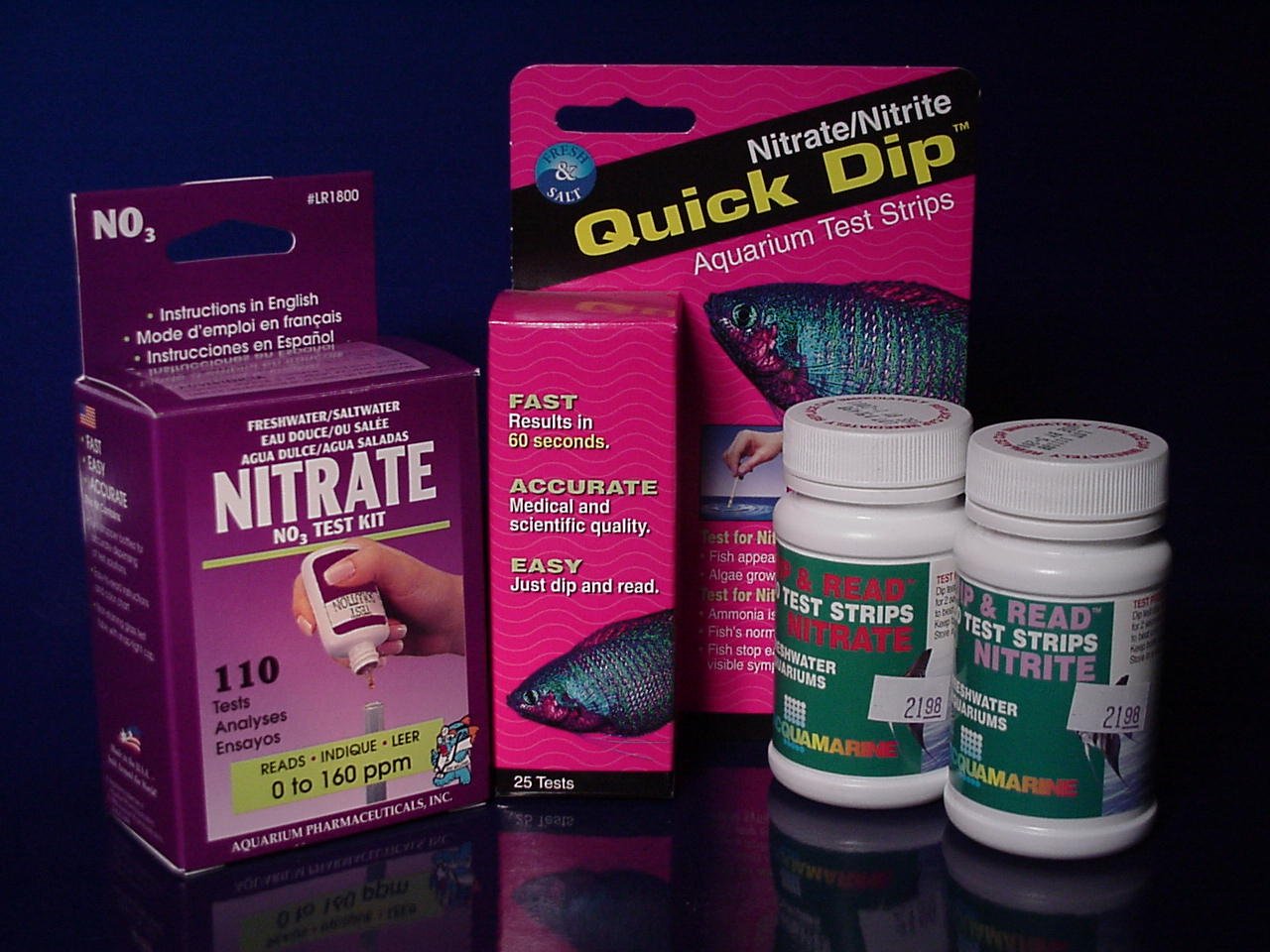 Ammonia is converted into Nitrite by Nitrosomonas
So, when you set up a new pond, and the fish produce Ammonia; that ammonia is reduced to Nitrite, the subject of this article.
Nitrite is converted into NitrAte (plant food) by Nitrobacter.
Nitrites cause reddening of the fins and irritation of the gills, gasping + excess mucus. A simple test kit can detect Nitrite.
Nitrites also bind the fish Red Blood Cells resulting in suffocation and “Brown Blood Disease”.
-> Nitrite toxicity is temporarily reduced by the addition of salt at one teaspoon per gallon of water.
Nitrites can be created from Nitrate under anaerobic conditions. (Deep sand, glutted filters, stalled sand filters etc.)
Nitrites can be controlled with wet-dry filtration, constant replacement of a little water all the time to the tune of ten percent per week, and traditional water changes as needed.
Nitrite toxicity is weakly reversed by addition of Methylene Blue.
+ “The reversal of Nitrite poisoning by salt is not permanent. Work at Auburn University showed the protection varied among fish specis and could last up to eight weeks.” ~ Doc Johnson

+ Note From Doc Johnson
“When I have Ammonia or Nitrite problems, one of the first things I do is raise the Total Alkalinity of the pool with baking Soda or AquaClarus. Then I wll suspend feeding and increase aeration until the numbers come down.” ~ Doc Johnson

+ Nitrite accumulations with certain kinds of filters can be due to common undersizing mistakes. It may also be that you’re not giving sufficient oxygen or Calcium to the beneficial bacteria living in your filter. Before you get too frustrated with your filter, make sure you get some caclium carbonate for it.