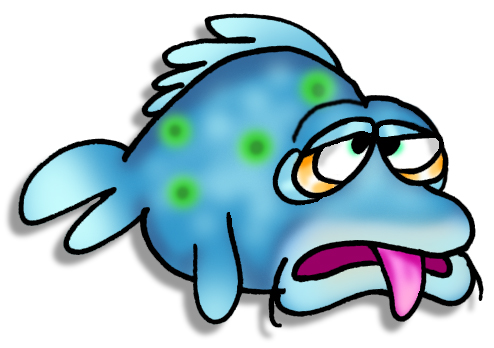 New set up … I have recently started a new pond or tank and introduced several fish. I have lost several fish. There are no marks or signs of disease?

This is caused by new pond/tank syndrome due to a build up of toxins such as ammonia and/or nitrite.  It takes a new filter at least 6-8 weeks to mature – that is for the nitrifying bacteria to start to colonize the filter media. The only way around that is BioSeeding from an established tank.

Ammonia is freely excreted by fish as part of normal metabolism and during this maturation time the levels of these toxins can rapidly build up to dangerous levels. It is important to only introduce only  few fish at a time during this period, and constantly monitor (at least twice weekly) water quality for ammonia, pH and nitrite.  For more details see the nitrification page.

As conditions improve the frequency of testing and water changing will slowly reduce. Once levels have stabilized only introduce a few new fish at a time as every new addition will increase the ammonia load on the filter.

Please note that to bypass the “break in” period you can Bioseed from a safe, established donor system.