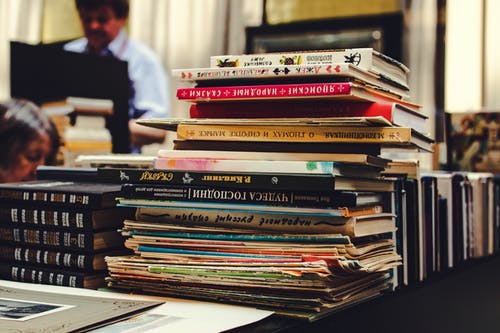 Inflammatory Bowel Disease is common, and I think more common in cats than dogs tbh.

Medical Treatment
Metronidazole may be recommended along with dietary modification as the first medical therapy. Metronidazole has antibiotic, anti-inflammatory, and antiprotozoal properties, and is usually fairly well tolerated, although some cats may lose their appetite when given this drug.

If dietary modification or metronidazole are not effective, corticosteroids, which are potent anti-inflammatory and immune-suppressing agents, may be recommended, either alone or in combination with metronidazole. Cats should be monitored closely while they are on corticosteroids, as diabetes and immune suppression are among their potential side effects. Nonetheless, cats tend to tolerate these drugs well as long as they receive them at an appropriate dose.

Cats usually take corticosteroids orally, starting with a higher dose that is gradually reduced over several weeks. In cats that won’t take medication orally, or in cases in which vomiting is severe, your veterinarian may give the medications as an injection.

If none of these medications successfully controls the symptoms of IBD, more potent immunosuppressive drugs, such as chlorambucil or azathioprine, may be necessary. These drugs can suppress production of white blood cells, red blood cells, and, less commonly, platelets, in the bone marrow. A veterinarian must carefully monitor cats taking these drugs.

As GI bacteria may play a role in the development of IBD, newer therapies include prebiotics, which are substances that promote certain bacterial populations, and probiotics, which are bacterial strains that promote GI health. The addition of soluble fiber, such as psyllium, to the diets of cats with inflammatory colitis may be helpful, and supplementation with folate or vitamin B12 should be provided if an affected cat is deficient in these B vitamins.

I’ve always liked Sulfasalazine for IBD in the past, wondered about its use in cats: Found this quality literature.

You have to scroll past the cut and paste Bull that the online pharmacies trot out as “fact” – which is often paraphrased by non-English speakers.

Sulfasalazine is considered by many veterinarians to be the preferred drug in dogs for treatment of colitis. The recommended oral dosage in dogs is 12.5 mg/kg q8h up to a maximum of one gram q8h in refractory dogs or those having severe IBD. It is important to continue initial therapy with sulfasalazine for a minimum of four weeks before modifying drug dosage. With resolution of signs, sulfasalazine dosage is gradually decreased by 25 percent at two-week intervals and eventually discontinued while maintaining the dietary management. Caution is advised in using sulfasalazine in cats because of their sensitivity to salicylates. Other oral medications of potential use in dogs include olsalazine and mesa-lamine. Olsalazine (Dipentum) consists of two molecules of mesalamine linked by an azo bond. The enteric-coated products of mesalamine (Pentasa and Asacol) release the active drug in the distal small intestine and colon, respectively. The use of olsalazine or mesalamine for treatment of IBD in dogs and cats has not been critically evaluated, but there are substantial anecdotal reports of their efficacy. The proposed dosage is about one-half that of sulfasalazine.