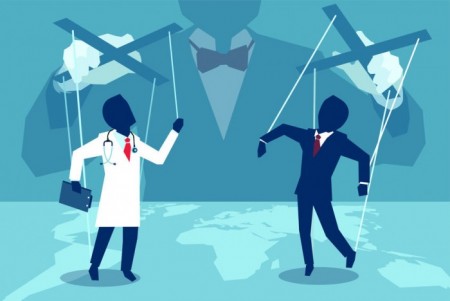 Doc Johnson, Do You Take or Provide Pet Insurance?

If it benefits the customer without hurting me, it would (on my side of the counter) smooth out the ‘seasonality’ of veterinary medicine and spread out the customer’s expenses.  But to be honest, it also means running a great big ‘receivables’ account and chasing people around who miss their premium? If you have ideas that work for everyone in this equation outside of the following, please share.

I am always considering how to do it, if it benefits me AND the customer. But so far it profits the vets and takes advantage of the customers:

The short answer isn’t short, and occurs in two parts.

No, because traditionally-speaking it is a rip off. There’s no reason why I could not handle my clients the same way, if I thought there was a value in it.

When I worked at Bxxxxxxd, we raised prices thirty percent of estimated expenses for the insurance plan, and discounted everything in front of the owner by 15% or more and they felt like they were getting such a deal. Our corporate top level executives were much more available and on-site back then, and therefore conversations between clinic vets and management about the fact that we MADE ten percent MORE on the insured clients were had a lot. Not only did customers get discounts across the board on our top-tier pricing, but they were paying over time, which reduced the ‘seasonality’ of the veterinary business for the hospitals – and a large minority of the clients didn’t even avail themselves of the services they paid for. It was a big WIN for B#######d. I thought it was predatory and overly complicated.

It was (in fact) handy for the consumer (I’ll admit) that they were paying over time [for inflated services] and didn’t have to shell out a large sum all at once for the annual.

But the annual dental is overkill and very few dogs actually need an annual dental. I don’t know how a technician or vet can conscience sitting there, cleaning clean teeth… It’s not without risk and disruption for the pet. Every time the pet undergoes anesthesia even if there’s a 0.04% chance of outright loss, there’s a LOT higher incidence of legitimate complications and discomfort, for no legitimate reason except (STATED) validating the customers’ decision to get ‘insurance’ and also, an opportunity for upsells. I mean, it’s marketing. All’s fair in a capitalist society. But selling my services as “insurance” has not appealed to me because so far, I have not seen much but chicanery around that.

Did you know that United Health Care of Georgia profited more in 2017 than Apple and Microsoft COMBINED? And our healthcare system is “in trouble?”

I think not.  Just the doctors and patients. The insurance companies have a great gig, taking in more money than they pay the doctors. And if it was like a 10-20% brokerage, benefiting clients and doctors by smoothing out cash flow on unexpected care – –  that’d be different but the gap is STARK.

Cut THEM out and the consumer pays a LOT LESS and the doctor gets considerably MORE.

But when they opened the door to insurance (human doctors guided the knife to their own throats when they started “filing the insurance on behalf of the customer”) because the insurance companies realized they could screw over the doctors much more palatably than snubbing the end-consumer.