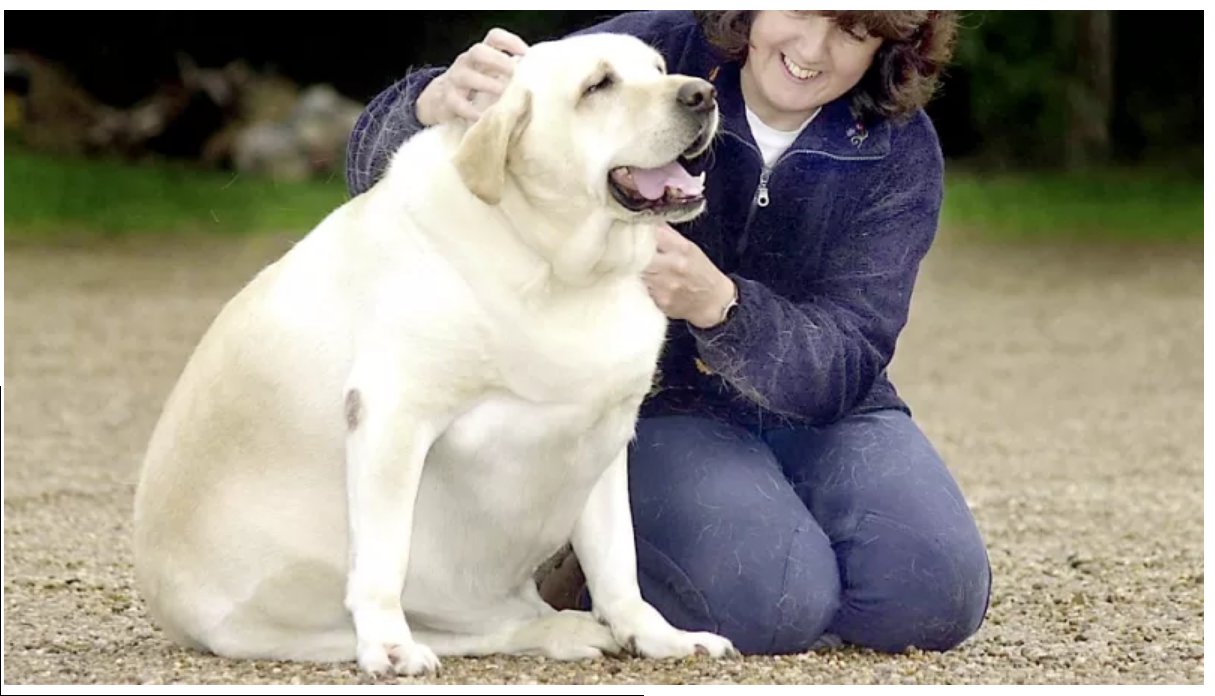 My dog can’t use his back legs!

This article intends to address one of them more common consequences of overweight although not all cases like this are related to obesity.

Seven out of 10 cases of slipped disc in dogs around the age of eight are related to excessive body weight and then some sort of misstep.

In other words, it is easy to throw your back out if you way too much and you’re chasing a chipmunk or squirrel.
That’s neither here or there at this point, her back is “out“ and she’s having serious trouble with her hind legs.

I am going to examine the dog and make sure that it is “just the back legs“ which would tend to confirm that it is a neurological problem with the spinal cord, and not some sort of tickborne disease which would have a tendency to affect all four limbs.

Part of the scenario of “throwing out your back“ or “bulging a disc“ is sudden onset. In other words, he was normal this morning and then not normal in the evening.

It’s hard to tell if a disc has bulged, torn, or ruptured, the difference tends to be surgical* which is out of the question for quite a few people, as spinal surgery tends to run into the thousands, say $5000 after diagnosis and then with some of the more conservative surgeries.

Let me back up a little:

The dog’s back is made out of segments called vertebrae. In between each vertebrae is a disk made of cartilage and a little spongy bit of egg whites (pulp). And over the course of time those vertebrae may get closer together and then the desk may bulge into the spinal cord or even rupture into the spinal cord causing bruising, impingement, or damage.

Disc protrusion manifests as being “down in the back legs“ or walking like a drunken sailor, weakness, can’t stand up.

If something like this happens, surgeons can do what is called a myelogram as well as a cat scan or magnetic resonance imaging which is called an MRI to discover where of the lesion in the spine is.

Then they can cut the bone away from the spinal cord damage to give it room over the disc that is bulging or ruptured and they can also cut the disc down or even hollow it out, and remove it. At that time, the doctor may decide to neutralize other desks in front of and behind the offending desk to prevent problems in the near future. Those are called fenestrations.

For the sake of complete disclosure, there is one kind of dog that probably, and I only say probably, will not walk again and that is the dog that is literally dragging its hind legs straight out behind it. It cannot feel it when you pinch and toes. For that dog, surgery is the only legitimate option or in all probability, euthanasia but don’t jump to that just yet.
As severe as some of these paretic cases seem, I have seen some of them do “all right” with fluids and steroids on board to palliate the swelling in the spine. For that reason I believe most dogs should have at least 24 to 48 hours to rebound a little with therapy, and if you see improvement, to give them a little bit more time.

A dog that’s just having trouble with it’s hind legs and can still walk, should have its exercise restricted and get the same treatment as you would use for a bulging or ruptured disc.

All of the above is predicated on crossing your fingers and whispering a prayer. Don’t underestimate the value of prayer. I have witnessed miracles.

The worst case that I saw, was a Cocker Spaniel that was almost dragging its hind legs, and barely able to feel the pinch his toes, and we gave it some time and over the course of the weekend it got just a little bit better but the owner would not let go. She stayed with it and every day he got (almost imperceptibly) better. By the end of six weeks she was starting to lose hope because he was only “pretty good” and still needed a little help to get around. My argument was that he had come that far over six weeks and not to give up. She did not quit, and gave him two more weeks and he did “pretty well“
The second worst case I saw, was a slightly younger dog who apparently ruptured a disc, but was still able to use the time legs “OK “
I was optimistic about the case we started therapy for swelling and spinal damage and over the weekend the spinal disc “finished the job“ –> completely ruptured and paralyzed the dog and that was it.

In other words, I’ve seen worse do better, and I’ve seen better do worse.

In other words, I’ve seen worse do better, and I’ve seen better do worse.

Which is just another reason to give them a minute to rebound with some fluids and steroids, a little bit of glucosamine and if you think it’s indicated, some pain medicine.

Most of what you’re looking at is actually numbness. And there is a judgment call needed to find out whether or not painkillers just make it harder to stand up and get your feet, or are actually indicated. It kind of depends whether the pet appears to be painful or just numb.

To recap, when your dog is suddenly paralyzed or almost paralyzed in the hind legs, especially if he or she is overweight, the sum of the case is probably a ruptured or bulging disc. Those are typically surgical cases, but you may give them a little bit of time on steroids and fluids and other palliative measures for spinal damage, and they may surprise us all. Amazing sometimes how well they do. Sadly, in other cases they remain paralyzed and need to be put down.

To close, let me include a doctors note: DMSO [Also known as dimethyl sulfoxide], can be used intravenously. It comes off the dogs breath as garlic, but the argument is that it is more powerful as an antioxidant then prednisone, stabilizing lysozomal membranes better and minimizing cellulitis and swelling. That perhaps, it may even have an effect almost on par with glutathione, which is now Sheppard Spinal Center’s treatment of choice even over steroids. Just saying.

*The surgical option is one of “The Sooner the Better” (even measured in HOURS) because after a while with paralysis, studies have shown the damage is permanent and surgery is unrewarding.