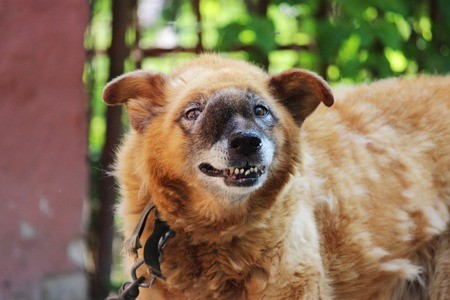 Dogs are contracting cancer from a new(ish) medicine (introduced in 2013) given to control itching.
#apoquel #canine #dog #cancer #oclacitinib

Its not funny, but I should have read further to find out whether or not they reported “complete cessation of itching and breathing” in at least 5 to 12 percent of tested animals.

The statistics cited in this document are from Zoetis’ own product insert that nobody bothers to read.

Now let’s get to the meat and potatoes:

A customer asked me about a medication called Apoquel. It is prescribed for dogs that are itching because of allergic reactions to substances, fleas, and more. Apparently it is effective in many of the cases it is used in. If you check the internet, you will read hysterical reports from some of the dog breeder sites that say that “50% of animals getting Apoquel will die of cancer”. It’s not surprising for a few breeders to fly off the handle. Polyester fibers, cigarette smoke, and hair curlers can cause hysteria with chronic, lifetime exposure. However a veterinary dermatologist who prescribes Apoquel regularly, arrived at a more refined / conservative conclusion per the packaging material and that is that about 5% of animals getting apoquel will suffer cancer. However in that author’s opinion (the dermatologist’s) it was thought that 5% of non-elderly animals would have gotten cancer over the course of a year anyway. I disagree. Because, if you read the testing results more closely they were able to attribute specific cancers to Apoquel. It was not usually random; in the types of cancer contracted. Later on in this article I will list the specific answers researchers found in Apoquel studies.

In almost all of the trials, cancer was not the most common negative side effect. Severe infections and pneumonia were also noted to the extent that in some cases the trial had to be stopped for those animals. Depending upon how you interpret the results of these studies, upwards of 10 percent and possibly closer to 20 percent of animals had “significant reactions” that compromised quality of life as a result of this medication.

Apoquel has been around a while. It was out in late 2013 and was not tested in many animals at all (less than a thousand). It has a fearsome list of direct effects…..and to create THAT much cancer and pneumonia in such a tiny study group of no more than 500 dogs, total. :u(

Better than twelve percent of all dogs given Apoquel developed: pneumonia, bullous foot and node infections, or any one of a dozen cancers directly related to Apoquel.

It isn’t used in people, and even has hazard instructions if you simply get it on your skin. (Open / broken capsule)

Oh, by the way. The above is quoted from Zoetis’ own package insert.

From the above statistic, what is commonly overlooked is that those all occurred within a group of less than 300 animals.

When they went from clinical to field trials; 6% (six-point-zero-percent) of their study got cancer!

Infections were essentially twice as common (@10%) but only a few were life-threatening or lethal.

Someone called my post out, “Stop the hysterics! You can’t believe everything you read on the Internet!!”

I’m not engaging hysterics. In fact, the proof of these cancers and the disturbing percentages comes from Zoetis’ own research! They provided all of the information I included in this article in their package insert to the Food and Drug Administration. You can read it yourself.

The doctor-to-consumer selling point is; “It won’t cause thirst hunger and weight gain like prednisone-category meds”. Which is crazy-attractive I know. But the risks are too high in most patients with the garden variety itching.

This may come as a big surprise to some people, but drug manufacturers quite possibly rely on the fact that folks won’t read the fine print, and I suspect even some doctors won’t. When I refer to fine print I am NOT necessarily talking about the ‘massaged’ fine print provided by the manufacturer. Sometimes better and more accurate information can be interpreted from National Institutes of Health, publicly funded research and university level tracts, and PubMed. (Here’s my fave starting point: Click)

Apoquel is powerfully immune suppressive, not unlike Cyclosporine (Atopica°) however Apoquel is in a drug class and category by itself.

So far, I don’t know much that is as safe or cheap as steroids for skin issues (whose cause is exclusive to other infectious causes), but; nutrition is making headway. Cytopoint is absolutely amazing but at $50-100 a shot, it’s pricey.

Dec 2019: If I still have any patients on Apoquel, I don’t know it one–off. I’ve moved as many as I find over to Cytopoint. Which has resolved all but ONE of my atopic dermatology cases.

April 2022: Cytopoint continues to function as my favorite allergy ‘fix’ but the number of fails is up to half-a-dozen with the most common being: It only worked for two weeks and that’s too expensive” and I ‘get that’ completely.

Dec 2017: I have posted a video of the first dog I’ve gotten off Apoquel (without cancer). We took advantage of information on low carb / carb intolerance in dogs. His video is somewhere in this thread. Sorry.
I put details and citations of this article at: drjohnson.com/apoquel.html
“Sciency” folks wanted me to ‘back up my random internet post’ so I just linked to Zoetis’ own prescriber information. That was easy peasy. I’m sure they wish they didn’t have to post their fine print on the internet LOL.

For the record, I don’t like Prednisone much either. It’s the mildest thing (that works) for now, but I am ALWAYS still on the hunt for the Grail.

Addendum: Between the above writing and July 2017, I have put five cases on it after a lot of discussion with owners about possible consequences. I am already back down to four cases on Apoquel since Bella T. now has lymphoma and has left the group. (April 2022 Bella has left the planet) In fairness, Bella was better off dead than in the skin she lived in before Apoquel. Which is the only criteria I use these days before putting a dog on Apoquel. Besides that pesky cancer thing, it works extremely well.