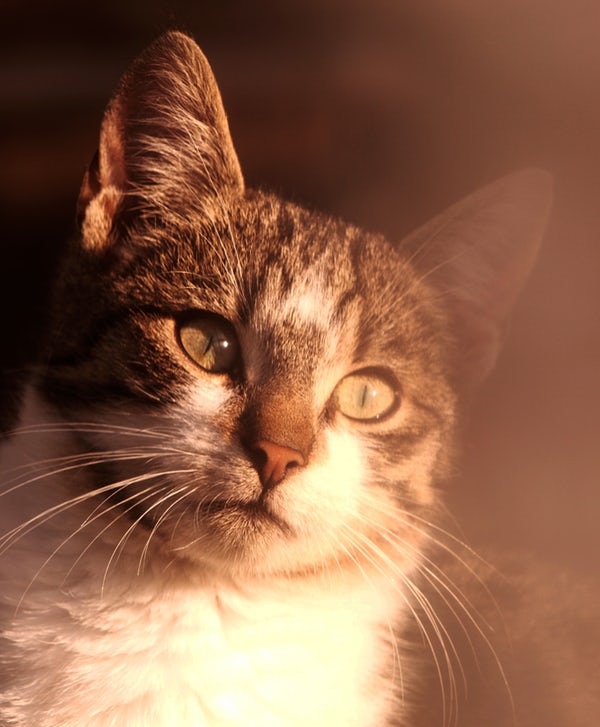 There is a big article in today’s Atl————tution on which I wanted to get your opinion. It starts on the bottom of the Metro section B and continues on page B6. It has to do with cats developing cancerous tumors in the spots where they have received their routine shots such as rabies and feline leukemia. Apparently, they started seeing a trend in the early 1990s. A lot of these tumors appear between the shoulder blades so they recommend giving these shots in the leg. They also recommend not vaccinating cats so often.

What is your opinion on this problem?

They’re a little late as usual. The article was written by a capable journalist who can conduct an interview and edit it; but who has absolutely no training and therefore, can’t recognize errors, ommissions or defects in scientific thought processes or interpretation of the so-called “facts”. Worse, a lot of that information is very dated. BY overstating the problem, and ommitting information, it sells papers though. For example; never answered:
1) How many of those tumors do cats get “anyway”
2) Is it JUST vaccine, or actually ANY subcutaneous breach in the skin?
3) How many times has the Veterinary community been wrong on this issue before? For example, believing that eliminating the aluminum from the vaccine would actually decrease the incidence of tumors?

Dr Sp****ger used to vaccinate in the hind leg figuring it would be easier to remove the leg if a lump grew. Which would be true, but Wow.

I always vaccinate OUTSIDE the right shoulder blade because the scapula functions as a sort of ‘blast shield’ to a tumor and a foreleg removal would be bothh easier and better tolerated if it were ever needed – also, tumors seem to have a hard time growing there.

Since 1998 I’ve vaccinated OUTSIDE the right shoulder, and in the same place for all cats and dogs all the time so if we ever in all those years got a tumor – the blame would fall squarely on me, and I’d have to admit maybe the dire-journalists could be right. But I’ve NEVER grown a tumor on a cat.So how do you vaccinate 3,000 animals per year, in the same place over and over, for eleven years and never grow a tumor at the injection site, ever? Does that create perspective?

The information about tumors between the shoulder blades is ‘dated’ because they found two things:

2) You could vaccinate, or not, anywhere on the body, and a percentage of cats – would sprout a tumor in the amalgam of tendons and fascia right there at the top of area between the blades. Really weird. It’s like that area of the cat just blows from the standpoint of engineering, sort of like how certain parts of the human body just ‘tend’ to get cancer. Usually there’s a reason, like:
breast = hormones
ears & skin = sunlight
testicular = hormones
lung = smoking.

The newpaper may have also neglected that (as of the date of the article I read on prevalence) there have in ALL TIME been less than 500 injection tumors of ANY kind and only I suppose by now, ~ 200 to 300 with actual vaccine in them. Total. Maybe more, due to underreporting, maybe less due to overreporting lately … If you add up all the years, all the cats, and all the injections – – the odds of a tumor get down around one in ten million.

BUT THERE IS ANOTHER PROBLEM.

I am forming the opinion over time, that some vaccine companies could GIVE a sh*t about our cats.

It starts when people like Dr. **x, and the N*w Y***k T**es and Pe**le Magazine run articles about over-vaccination – and too much antigen each year – and they recommend vaccinating every three years.
1) They’re extrapolating WEAK and misunderstood (out-of-context) canine ‘research’ from controlled lab conditions to the real world – AND THEN extrapolating THAT information, with “zero-basis-in-fact” to cats.
2) Is vaccine even needed? Not everything that has a vaccine is really a risk, and not every vaccine helps, and some vaccines HURT.
3) Here’s the WORST part. “The Tail Wagging the Dog”:

When the newpapers and tabloids ran those articles like the one you read, Fo***dge and all those vaccine-making guys RAN back to the lab to make a dollar, and went to work on developing a vaccine that *would* at last, make-good on the ‘promises’ the journalists were making for them. They went to the lab and worked on vaccine SO VIOLENT to the immune sytem – they could shake the body up for three years. Some veterinarians oversold their one year vaccines as an overpriced “three year” vaccine….Even though such a vaccine did not exist. Cool! (And irresponsible but then, the mighty dollar rules all)

It only gets worse. Veterinarians aren’t always people’s friends either. Some of them saw this as an opportunity to make extra money. Others were too cowardly to speak up or hold out, against this fad, and recommend annual shots despite what the journalists have dreamt up. (After all, who is a lowly vet to argue with a tabloid-journalist who’s talked to so many experts, and derived their own opinions?) Any way, some of the vets started using spread-out shot routines, and then grabbed the three year vaccine because they only read marketing materials and not science. So these vets did the math and some started selling IMMUNE SYSTEM TITERS – – to measure the immunity to the vaccines. They could get $500 for what they used to get maybe, $110. for. Cha-CHING!

And watch – I will get chastised for the casting the aspersion, while the community-at-large will get nothing for actually doing the above.

This is one of the many reasons I would leave vet medicine in a New York second. Not the people. Not the animals. But the sheer, unadulterated marketing that permeates it, and the total sell-out of certain INDIVIDUALS’ ethics when something like this comes down the pike. Like no ONE of the people at the newpaper or the vaccine companies involved could call ‘bullsh**t’ on all the hype. Nope; they have to grab on, and figure out where the money in it, is.

I supppose the reason it just blows by, and people salute and move on, is the same reason I do.
-I can fix the information in front of me, without the person in front of me.
-I don’t ‘own’ what other people do.
-I don’t need a lawsuit from M***al, A*C or Dr **x

So by way of my own inaction, I am also part of the problem.