A fomite is an inanimate object. The object, functioning as a fomite spreads a disease. For example, the common cold is spread on doorknobs among other things. The doorknob is a fomite. The question was raised about fomite spreasd of KHV and SVC and I took the question to the highest authority on the viruses … Read more 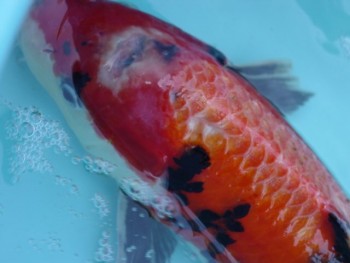 It’s not ‘all the time’ that someone documents a KHV outbreak this thoroughly. I’m moticing things like the onset of disease, the source of the fish, the commencement of heating the fish to 82+ DF and the cessation of mass mortality after that. Koi Herpes Virus – Disease Course Written by Dr Erik Johnson and … Read more