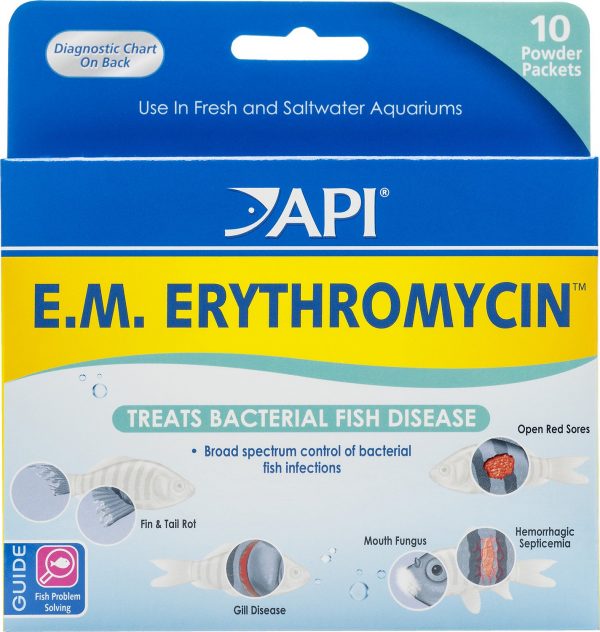 ACTIVE INGREDIENT Active Ingredients: 200 mg Erythromycin per packet. Note on Erythromycin: Erythromycin is most effective against gram-positive bacteria, such as Streptococcus species. The vast majority of bacteria that cause disease in fish are gram-negative, so erythromycin should only be used after culture and sensitivity test results confirm it will be effective. Also, erythromycin is not very … Read more