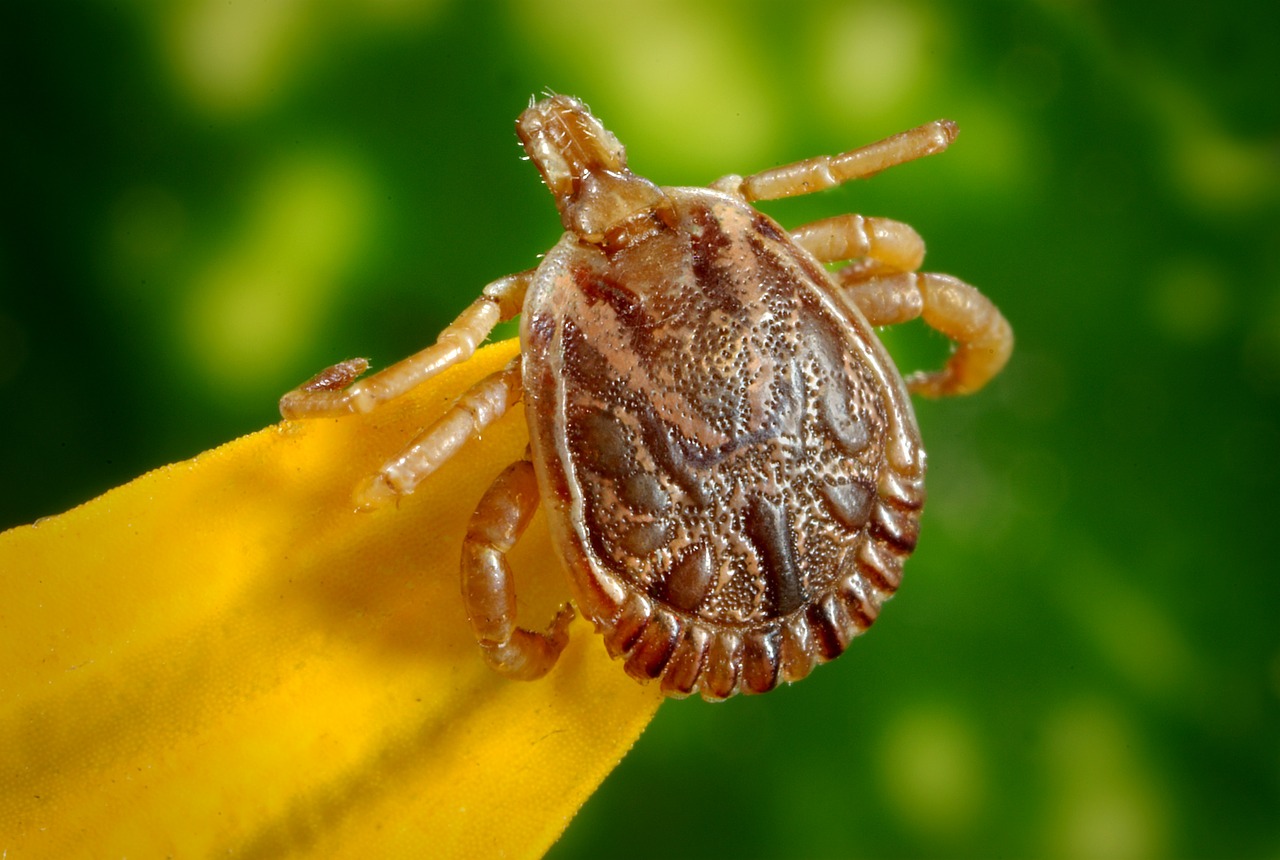 The disease gets its name from a town in Connecticut where the disease was first promoted as a real syndrome, Lyme, Connecticut.

Lyme’s Disease in the Southeastern United States is certainly reported, but not with the regularity of the cases seen in the Northeastern part of the country. Recent surveys in Georgia showed that only one out of twenty ticks they tested carried the Borrelia agent.

Lyme’s Disease is a “bacterial” infection. It is caused by a leptospire called Borrelia burgdorferi.

The bacteria gains entrance to your dog by way of a tick-bite, and most often by the bite of the Deer Tick, Ixodes damini, but can be carried, according to some authors, by other types of ticks as well. What’s interesting is that the last three “real” cases of Lyme’s had no history of tick infestation.  So, assume nothing.

A few dogs suffering with the disease will develop signs of fever, arthritis and possible myocardial (heart muscle) disorders as a result of infection, but more recent research suggests that the clinical symptoms are really caused by an overly-aggressive immune response to the leptospires in the system.

In the state of Georgia, only one out of twenty ticks carries the Lyme’s disease organisms. It takes several ticks attached for several hours to transmit the disease. There are certain forms of flea / tick control that prevent attachment of ticks, and/or limit the attachment time to a significant degree preventing Lyme’s in most cases.

There are also results from several studies that show that false positive test results are common, due to vaccine administration, exposure to other Leptospires, and other conditions that interfere with the test, resulting in positive results.  It’s suggested that any dog that’s been vaccinated will have latent (not active) antibody to Lyme, testing positive forevermore. I saw a dog that choked to death on its food (determined on autopsy) that was called Lyme’s disease just because of the positive titer that they ran for Lyme’s (in a vaccinated dog).

Since the “disease” may only be a serological condition that is measurable primarily in terms of a laboratory test and not in terms of actual pet misery, why would one still recommend vaccination?

As such, I’m reserved in recommending the immunization, but I *do* give it.

2. The vaccine is harmless, and I have it for my pet (Bailey: 2000-2011) just in case, until the debate is settled. After vaccination, the dog will have a positive titer to Lyme’s. Please make sure you tell any vet treating your pet that this was the case.