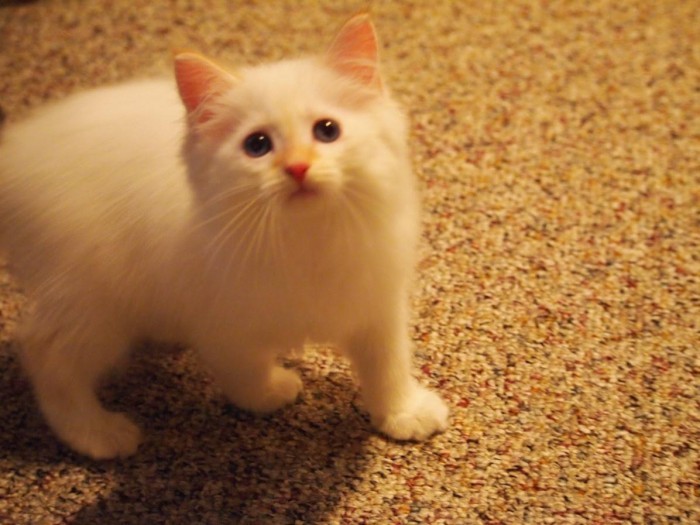 The use of glargine for the control of diabetes in cats

A lot of the following is irrelevant at this point, because Lantus has become quite expensive. I recall a day recently when it was as little as $100 – $110 a bottle. Manufacturers now are leveraging the absolute necessity of insulin and raising prices drastically. I am using very little if any Lantus with my patients, even though it is a superior insulin.

Here are some Lantus / Glargine notes from practice:

Firstly, I would not use Lantus and a cat that is being regulated from a condition of some instability. When they’re freshly diagnosed and only then being reigned in. It is not going to drastically or quickly lower the glucose levels and if the pet is a diabetic keto acidosis case, you probably should be using a faster insulin.

I have had good success mixing a regular and NPH insulin together for fast and slow effect during the initial phase of stabilizing the patient.
In pets that are not decompensated, their hydration status is decent and their blood sugars are under 400, I don’t feel an urgent need for instant control and I will happily use Lantus in those cats. Twice a day dosing.

What I like about Glargine, or Lantus and cats is that it’s onset of action is mild and it seems to stay up a bit longer than other insulins, in other words the blood sugars have a tendency to be more stable for a longer period of time.
It is interesting to note that almost 30% of cats being given Lantus will convert to non-diabetic status if only temporarily, requiring less and less insulin until they are in no need of insulin at all.

In practice, I have seen that to be extremely rare in cats that are getting a Humulin or NPH insulin.
It is not enough of a “selling point“ to recommend Lantus at its considerable expense. I mean the “outside chance“ that the cat will convert to non-diabetic status.
I have seen approximately the same incidence of insulin resistance develop against Lantus as I have the other available insulins.

I am prone to a deviation from the normal recommendation as far as insulin: It is commonly recommended that you would give your insulin shot and then feed. That way the insulin is in the system as the blood glucose comes up postprandially. I’m not crazy about this because if the cat decides not to eat after you’ve given the shot, you’ve made quite a commitment haven’t you?

So my advice to owners is to give the cat it’s food and almost as soon as it is done eating to go ahead and give the insulin shot. Under those circumstances there is always insulin on board for the food it has just eaten, but there is never insulin on board if the cat has not eaten. Problem solved.

If a cat does not eat, it gets half dose insulin. If the cat does not eat yet again (it’s evening meal for example), then it would get no insulin and the office should be consulted.