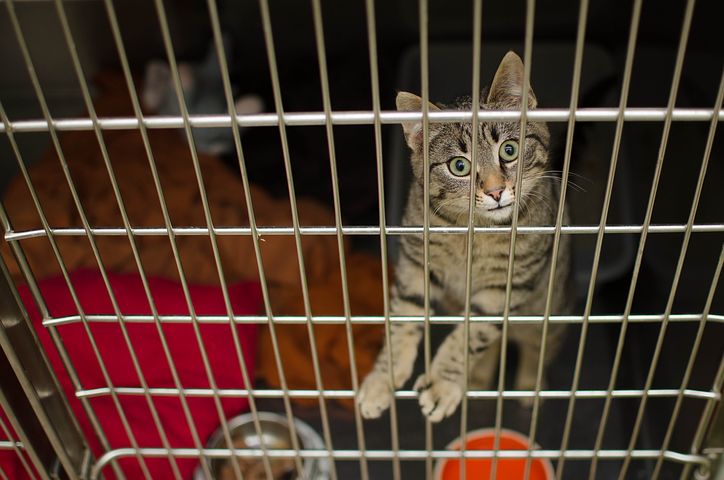 If I never did a declaw again it’d be fine.

However, lots of folks won’t have a cat unless they can declaw it. So, I think we might mess it up if we didn’t declaw for folks – So, I declaw cats. At least a couple a month.

Here’s a “fun fact”: When the legislature outlawed de-claws in California quite a while ago, adoption rates dropped off. Not just a little. In fact for that period of time, without declaw as an option, they had to kill more kittens than found homes because people would not add a kitten to their home if they could not have it declawed. For a while, prospective kitten owners would carry their new family member over the mountain to Nevada for declaw. So, after the regulation was passed there was a frantic effort to have it repealed so that (even though declaw was repugnant) they accepted “that it was worth the price of admission to homes everywhere”.

Believe it or not, (but believe it) after reading that I have to perform declaws, some browsers have sent me notes wishing that I was dead. Several of the persons who wrote me such notes were members in good standing with PETA (People for the Ethical Treatment of Animals), the organization that celebrated [with streamers, confetti, banners and horns] the shooting death of a University of Tennessee veterinary school dean.* 2 3 4 5 6 7

Several PETA members wrote me emails that said they wished I had cancer, and that they were going to stab my then-wife in both eye sockets and leave her in the wilderness to find her way home blind. Another PETA member named “Steve P” said that my children were never safe out of my sight because, unlike kittens, they had no compunction about raping and murdering small children on their way to or from school, for offenses like someone declawing cats. And the last PETA member that stopped by my office with pictures of my kids she had downloaded from my Facebook page, looked me in the eye and told me she was going to “kill all these kids, or bury them alive” if I didn’t stop doing declaws. “Keep declawing and find out which I do…” she said.

Every sane cat owner has an opinion on de-clawing and probably the majority would just-as-soon not have it. Millions of cat-owners have elected this procedure for their pet, while probably just as many have not. I perform this surgery with a very high degree of success, but there are alternatives to the de-claw procedure which also curb cat-destructive-behavior. These can be explained to you by myself or one of my technicians.

One method which carries chronic expense and labor is the use of Soft Paws, which are nail covers made of rubber and keep the nails from being destructive to the environment. They work.

The de-claw procedure is performed under anesthesia and involves the removal of the nail and the “ungual-bed” from which the nail grows. In almost all cases, they bandage the feet and keep the pet under observation for 48 hrs to allow healing.

Other methods include “laser” declaws where an arc of electricity removes the tip of the digit and seals the wounds. They say that’s not painful either. Again, I think the kittens fake it well.

Declawing is painful. No one with any common sense would try to deny that. But with proper anesthesia, and prudent management after the surgery, many people are amazed to see that the pain does not SEEM to be significant. (I think they fake it well)
Animals return to normal ambulation almost immediately. Cats do not vocalize plaintively or go off feed. They accept attention and petting as if nothing had happened.

Granted, folks that disapprove of de-clawing certainly have valid points. However, universal claims that it is psychologically damaging are unfounded. Many veterinarians (and cat owners) are in agreement that if de-clawing is performed on young animals, ideally under one year of age, there are almost no instances of maladaptive behavior post-operatively. One note of caution is in order, however: If performed on older cats (2+ years), the result in some cases may be inappropriate elimination, spraying, destructive biting, or some other ill-mannered response.

Reasons to de-claw a cat are numerous: If you are concerned about destructiveness, or if you prefer not to be scratched during cat-bathing, you might be well-advised to have this done in the young cat.

Two good reasons not to de-claw would be if the cat is already a mature adult, or if the animal spends very much time outside.

An alternative to de-clawing, called “Digital Flexor Tenotomy” involves the severing of the tendons that flex the claws. Also done under anesthesia, the procedure yields good results and spares the claws. However, because the cat is forever-after unable to hone its own claws, your regular clipping of the claws becomes of paramount importance. Arthritis in the digits is also not uncommon because the digits can no longer be flexed and they may become stiff. The procedure has fallen from favor because of the stiffness and arthritis seen in the “hands” of DFT cats later in life. Nails also grow back into the pads because they can’t be managed normally by cats with DFT.

De-clawed cats seem especially able to sense and avoid trouble (fights and attacks) when they are left outside either intentionally or accidentally. They can also climb trees without front claws, simply by hugging smaller trees and shimmying up with the hind-claws.

One additional note: Most of the cats that pee in the owners house (that I have ever seen) was declawed. However, not every declawed cat ends up peeing in your house.

Every cat I’ve ever buried / cremated on behalf of my clients that was killed by dog(s) had it’s claws. Point being: Claws never saved a cat from dogs with intent to kill.