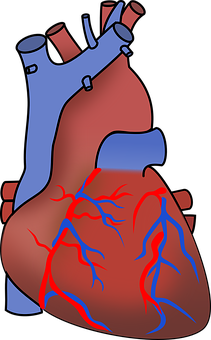 FDA Looking at Association Between Certain Foods and DCM

DCM is “dilative cardiomyopathy” where in the hearts of affected dogs will enlarge, with thinning of the ventricle-wall and the development of murmurs, potentiate mitral valve prolapse and heart failure.

Slightly over 500 cases of DCM have occurred in dog breeds not normally associated with DCM and so the FDA is looking at the foods that the owners are feeding. After all, they are the FOOD and drug administration. They’ve got their hands full and I don’t know how hard they’re REALLY looking at this.

Something to note. The bibliographic reference for the news story with WSBTV Channel Two is actually USA Today. So the accuracy and interpretation of the information of USA Today’s layperson journalist hugely influences the accuracy / legitimacy of WSB’s story.

The list of foods currently implicated follows this article at the bottom of the page. The list is ALSO the list of dog food companies that should litigate the FDA for damages. It was really premature to condemn those foods while others will surely appear on this list or an association isn’t made at all.

Something to consider is that the common denominator in the foods on the list is ‘grain free’ – but that’s a LOT of foods these days. And dogs (in nature) seldom (if ever) eat grains, so it’s unlikely that ‘not having grains’ is the problem.

Iams quality and formulation went to crap (they started sneaking chicken into all their diets even those labeled as Salmon and Potato), but somehow they stayed off the list. It appears that no Purina diet made the hazard list at all (Amazing).

This is my current position:

“This makes news, but is not something that owners need to worry about very much, yet.

What’s happening is an FDA ‘interest’ in a perceived ‘syndrome’ and simultaneously, news agencies thirst for pet-important stories.

The extent of the situation is affected by a blend of factors:

Taste of the Wild (a couple others) is a dominant food, so there will be ‘more’ DCM’s on that food*. Acana TOPS the list. Who will run more echo-cardiograms now? That’s right: Acana feeders. So where will we see more DCM, statistically?  Right again; Acana.

I believe that’s because of the fact that almost all the implicated foods are $uper premium: Owners who feed boutique foods are more likely to seek diagnostics for their dogs much more than the rest of America. They’re also more likely to report it to the Food and Drug Administration. So in this segment of the owner-population I believe they are discovering: “DCM is more common than we thought.”

“This syndrome isn’t on the rise, the diagnosis of it is.”

Heart enlargement is VERY common in small breed dogs, and it’s the result of cardiopulmonary hypertension, collapsing trachea and obstructive apnea, which occurs in older small breed dogs especially those whom are overweight, which is a lot of them heh heh.

A quote from WSBTv’s article: “One connection they did find was the dogs ate dry dog food and the vast majority were grain-free or had peas and/or lentils, USA Today reported. ”

The trend in America right now, as you may know is towards grain free diets. Again, this skews the relationships between the type of food and this syndrome. It’s like saying “Ford Trucks have the highest incidence of brake failure.” but then again, consider: “Ford F-150* is the nation’s best–selling truck.” It’s going to have more trucks with a problem than any other manufacturer. Statistically.

“DCM is a serious but rare condition. Of the 77 million dogs in the U.S., 0.5% to 1% have DCM, and of those dogs with DCM, fewer than 0.1% are speculated to have DCM related to diet*, although that is not scientifically proven.”

Me: I know for a fact that DCM is more common than the statistic. Clay Calvert (Professor at UGA) told me that he believes ALL Doberman Pinschers have DCM but when it shows up in their lifetime is later and later as a result of breeders culling DCM breeders from the lines.  DCM secondary to pulmonary hypertension, collapsing trachea and obstructive apnea, in older overweight small breed dogs will bump the statistic up as more are diagnosed.

“This syndrome isn’t on the rise, the diagnosis of it is.”

A classic example of ‘incidence-expansion’ like the above is cats, and heartworm disease.

It was discovered that heartworm disease could affect cats. The incidence of heartworm disease in cats rose SHARPLY as the veterinary community began to test for it (a lot). Still, at the height of it’s meteoric rise to ‘epidemic’ it still turned out to be exceedingly rare.

To close let me offer my two cents. Could this be real? I think so. More than a decade ago they discovered that cats have a requirement for Taurine and cardiomyopathy (among other morbidities) could be the result. In the scheme of things, it was a minuscule problem, but dietary modifications were made across the board. In this case, I believe that a small number of dogs which are fed highly refined grain free diets MAY be missing a core ingredient we have not discovered yet. I believe the problem is being overdiagnosed, and is not yet fully understood. It’s also important to understand: DCM (Dilative cardiomyopathy) occurs in degrees of severity. The degree of DCM suffered by a dog is what determines the fatality of it. There are a lot of dogs walking around with DCM that we wouldn’t even look at, until now.

From the NBC Article: (link)

“While it’s clear that pet owners are feeding these brands because they “are trying to do what they perceive as the right thing for their dogs, unless the dog has a documented sensitivity to grains, it’s probably not worth the risk at this point to feed these products,” said Dr. Bruce Kornreich, a veterinary cardiologist in the department of clinical sciences at the Veterinary College of Cornell University and associate director of the Cornell Feline Health Center.

“What we don’t know is if [the foods] used in these diets in place of grains are causing the problem,” Kornreich said. “It’s also possible that could be some kind of toxin.”

Kornreich suggests pet owners switch to a brand “produced by a company with a long-standing history.”

“When a dog comes to us and we learn during the history that it’s on a grain-free diet, we advise switching to a non-grain-free diet,” said Dr. Anna Gelzer, a veterinary cardiologist and an associate professor at the University of Pennsylvania School of Veterinary Medicine. “There’s no scientifically proven benefit to grain-free foods, so why take a chance?”

“It didn’t come from the science side,” Gelzer said. “If you think about wolves, they may ingest the contents of ruminant animals they preyed on*, so they are certainly capable of eating grain. There’s no scientific reason for going without grain.”

*Doc Johnson: No, never. Carnivores won’t eat the gut contents of an herbivore. They love the liver, the brain, any fatty structure and the meat. They’d have to be starving, (or last one to dinner)  to eat intestine or sinew.

Question: Should I change foods?

Answer: Unless there’s a reason NOT to change, go ahead. If you decide to change, consider something with rice or potato, and without legumes like peas or lentils. I still think of corn and soybeans as sub-par in dog food. You will probably change to a diet associated with DCM anyway (#kiddingnotkidding) but what’s the logic in staying on a listed food, at the moment?

Question: Should I have my dog tested for DCM? He’s been on a listed food for years.

Answer: You could. The best in the business is Dr Lindsay Boozer*. She doesn’t see ‘ghosts’ or go on ‘wild-goose-chases’, she can do an echo-cardiogram without bloodwork first, she knows what she’s doing, she’s reasonable and she isn’t going to make a Mountain out of a Mole Hill. I think best of all: She’s extremely talented, and knowledgeable with superb instincts. We can set up a referral. “This is my second pet Dr. Boozer is treating. She is a spectacular person. Does not give one false hope, is factual and compassionate, and explains what is going on, what can be done, and what needs to be done. ”
“Fantastic staff! Dr. Boozer is not only excellent as a medical doctor, but has a BIG heart of compassion for her patients and her patient’s owners!”

“I’ve been referring to Dr Boozer for almost 20 years and she hasn’t messed one up, yet. And that’s saying a lot. I sent a case to another specialist for radiographic evaluation and that was the LAST test he ran. The owner spent thousands of dollars on “long-way-around-the-barn” advanced testing, and the diagnosis came from the radiograph I sent the dog to him for in the first place. The dog’s diagnosis came too late. Other, corporate specialists tend to trump up a big bill before getting around to figuring out the case. It’s sad, but then again, for ‘Company-Vets’  it’s all about percentages and the stockholders.   -Doc Johnson”

Boozer is still a ‘Mom and Pop’ independent and she’s great. First rate and talented.

I also like this article very much, it’s written by Angie Krause DVM out at Boulder Holistic Vet. She’s bright. It’s a good article.