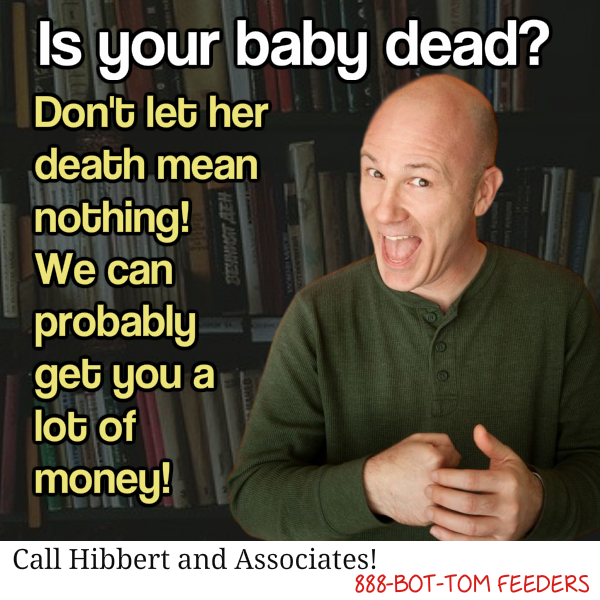 Over the past few years, the law firm Higbee and Associates (based in Los Angeles, although it pretentiously labels itself a “National Law Firm”) has become identified with a pattern of making aggressive and, in many cases, unsupportable demands for the payment of significant sums of money by individuals and nonprofits whose web sites feature copyrighted graphics, and especially photographs, that they saw online but have never tried to license. The firm’s principal, Mathew Higbee, revels in his reputation for aggressive enforcement. (The interview linked above, for example, is featured on his own firm’s web site.)

Either in concert with a specialized search firm or using his own firm’s software, this firm patrols the Internet looking for graphics (especially photographs) that have been copied improperly from online sources. The firm then sends a demand letter bearing Higbee’s signature, threatening to seek up to $150,000 in statutory damages as well as attorney fees unless the target of the letter promptly agrees to pay a specified amount. Deploying a tactic that is all too familiar from the depredations of Evan Stone and Prenda Law, the specified amount is low enough – usually in the low four figures, but I have seen high three figures as well —that it is not likely to be cost-effective for the target to hire a knowledgeable copyright lawyer to litigate an infringement lawsuit, even if the claim is bunk or, at least, if there is good reason to believe that the claim can easily be defended. The letter encloses a document identifying the allegedly infringing use as well as the online location where the work was found; another document that purports to authorize the firm to represent the copyright holder in seeking damages in connection with the work; a proposed “settlement agreement”; and a credit card payment form. If the target of the letter does not respond, or responds without agreeing to pay, then the Higbee firm increases the pressure: a non-lawyer who calls herself a “claim resolution specialist” sends an email warning that the claim is going to be “escalated to the attorneys,” at which point “[t]claim gets more stressful and expensive,” and an assurance that “my goal is to not let that happen to you.”

The documents linked above all relate to a single Higbee demand to a single target, but I have seen a number of other demand letters and ensuing emails from this firm, and spoken to several other copyright lawyers who have helped clients respond to Higbee’s blustering and threats, and it appears to me that these are pretty standard exemplars. Indeed, when I was reaching out to some other copyright lawyers to try to get their sense of some of the documents I was reviewing, a number of them guessed that it was Higbee based only on what I said I wanted to ask about, based on work they had done for their clients trying to address his threats against them. Plainly, this is a copyright troll with an outsized reputation.

Court Rules Copying Photos Found on Internet is Fair Use