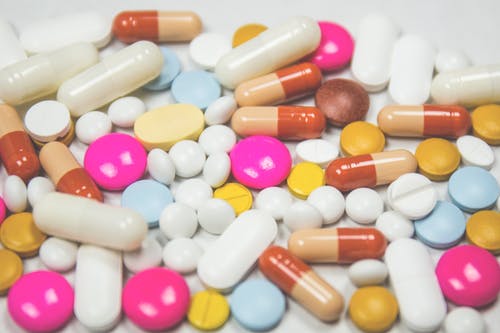 Chloramphenicol is a ‘strong’ antibiotic, especially against infectious airway and skin issues.
It’s arguably the best for certain airway issues in puppies – especially those legitimately caused by Bordetella bronchiseptica, because Doxycycline and Baytril, are hazardous in pups as they’re incorporated into growing bones via their strong Calcium binding.

We can use Clavamox instead of Chloramphenicol, and it’s likely to work but could miss this infection if it’s purebred bordetella, and WILL miss it if he was exposed to Cobb County Crud; which is a much tougher germ.

Chloramphenicol will definitely work
But, I’m ok with using either one.
It’s whether we’re okay with probably, or ‘will’ work.
With ‘probably’ meaning five days not improving and ending up on Chloramphenicol anyway. In neither case does anybody die!

In humans, chloramphenicol causes aplastic anemia in one out of ten thousand people taking it, usually those folks on it for more than a week or two. That is WAY too much, except during WWII when it was better than penicillin and worth the risk.

In animals, it was reported at a rate of one in a hundred thousand, meaning that the case we saw in class at Vet school was probably the same one we all cut our teeth on.
Vets used Choramphenicol for everything ‘airway’ because it was safe in puppies and kittens, and came as ‘Chloramycetin palmitate’ which was (I always licked my fingers) TRULY delicious like vanilla cream.
Then, more and more it was reported that people could get aplastic anemia, while we’d never seen that in animals as of 1985; and they pulled our beloved chlormycetin palmitate off the market (partly) because human kids would drink whole bottles if they got hold of it, and the human side switched to bubblegum flavored Amoxicillin which was ‘just okay’ in animals, but seldom strong enough for animal airway germs.

Amoxicillin got better when it was augmented to ‘Clavamox’ but never was as good as doxycycline which you shouldn’t use in puppies. So, there are those of us who (when suspecting Cobb County Crud’ still use Chloramphenicol for airway in puppies; the old timers who recall its widespread use without consequence from 1965 through its fade in about 1985 with the loss of our favorite liquid version of that drug.
I feel like an old grandpa with that story!!!
It’s just that younger vets (who don’t remember the eighties) never saw how much that was used in puppies and kittens, partly because of safety, but mostly because it tasted so good.
It’s a sad commentary on the human tendency to use antibiotics in every case, but, chloramphenicol is so ‘strong’ against most things now (including MRSA) because the human-side stopped throwing it at everything.