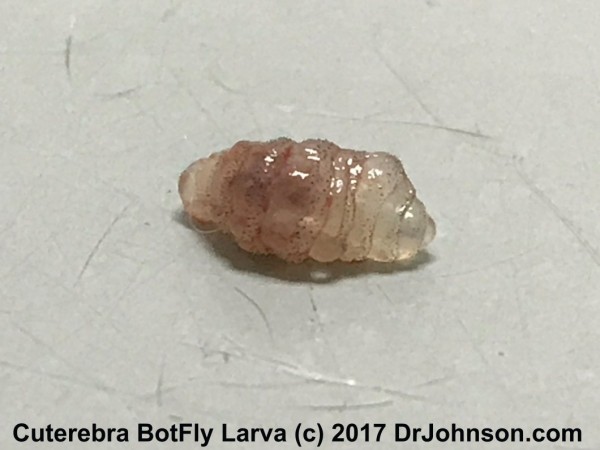 What does a “Wolf Worm” look like and what can I do about it? 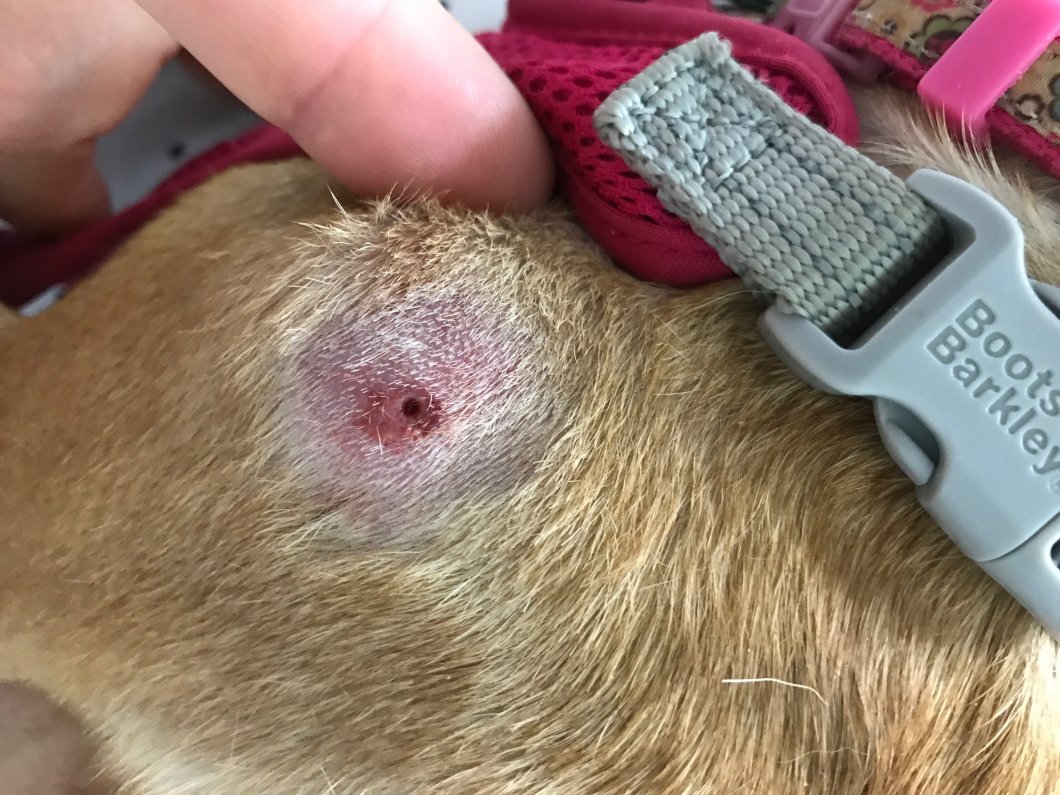 Per the image, you can see that usually you see a swelling in the skin which may be pretty tender. Often there is some discharge. There’s a perfectly round hole in the swelling. Often you can see the tail end of the worm pulsing in the opening of the hole. Like it’s breathing. It is.

You can apply a warm compress to the lumps, then squeeze the area very gently. More than likely, the wolf worm will make its way to the surface. Squeeze from deep underneath and sometimes it’s takes some force to push the worm through the small pore in the skin. Careful!  If you apply too much pressure to the lump, the worm can actually burst within the pet’s subcutis. This can create a deep tissue reaction.

In some cases the reaction can be severe, even leading to anaphylactic shock. This response/condition can even be fatal. If you’re able to squeeze the worm out of the skin, you should clean the site area with an antibacterial product for several days, but that’s just a stop-gap if you cannot make it to the vet right away.

There’s a couple reasons to see the vet. Your pet can be infected with more than a few wolf worms, and ones you might miss need to be killed by medicine given to your critter. In other cases, oral antibiotics are a good idea after expulsion of the botfly larvae. Please take your pet to a vet as soon as possible.

So how does the bot fly or Wolf Worm get into the pet?

The parasite “wolf worm” is the larva of the Botfly. The botfly belongs to the family Oestroidea. It’s larva, the “wolf worm” (cuterebra), grow in the bodies of mammals. Around 150 known species of botfly exists around the world. They can even encyst in humans! When the botfly finds a suitable host – (any animal ranging from rodents to outdoor cats and horses), the fly deposits its eggs in the animals skin. The eggs hatch almost immediately. Once hatched, the wolf worm will migrate deep into the skin tissues or the digestive tract.

Did you know that “wolf worm” (bot flies) are a global “thing”?

Yeah, cases have been seen routinely ’round here”