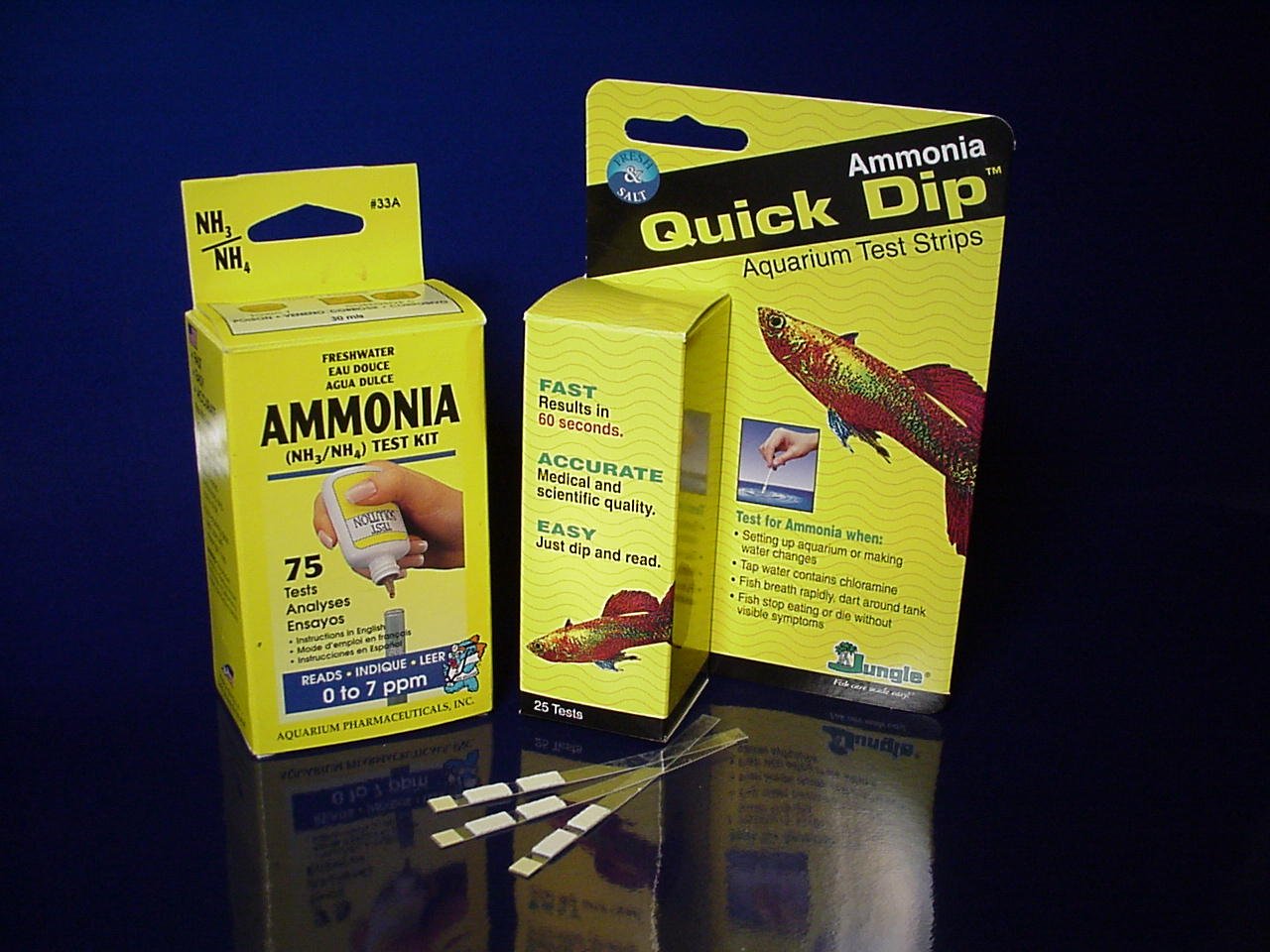 Where Are Ammonia Levels From? 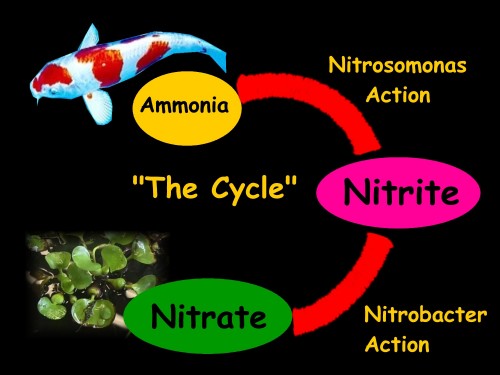 Recall from the “cycle” discussion that Ammonia is the primary waste product of the fish. It’s mostly excreted through the gills by osmosis*, and some is excreted through the kidneys. This is important because you have to bear in mind that anything which hurts the gills can also damage the fishes’ ability to flush out Ammonia and therefore, many times, damage to the gills causes ammonia accumulation in the fish, and death. Be good to the fishes’ gills!

Ammonia is measured in the water with a simple test. When a pond is new, you should test water for Ammonia every day. During the first part of the cycle, Ammonia will begin to accumulate. Bioseeding from a healthy established aquatic environment will speed the cycle, creating a viable culture overnight in many instances. Partial water changes also help to reduce the Ammonia levels.

If you give the fish less food, they will produce less wastes, and less Ammonia. Live plants also seem to have the ability to reduce the severity of Ammonia accumulations.

Ammonia binders can be used for a short term fix.

Never use an ammonia remover without the presence of Ammonia in the water.

There are two kinds of test for Ammonia. The best is the Nessler’s test. It’s a liquid test which uses a test-tube and a single liquid reagent which is added to the water sample. A more accurate but more difficult-to-run test is the Salicylate type test, which has more reagents and is more complicated.

People ask me quite a lot about how often they should be testing their water… After the cycle is well established, I’d recommend you test your ammonia using the following guidelines:

If you’re still in the process of breaking in or “cycling” the pond, you should be recording the nitrogen numbers every single day.

SHORT AND SWEET: Ammonia control is best accomplished through the balanced employment of Ammonia binders, water changes, bacterial adjuvants of known efficacy and reduced feedings while the bio-filter “catches up”.