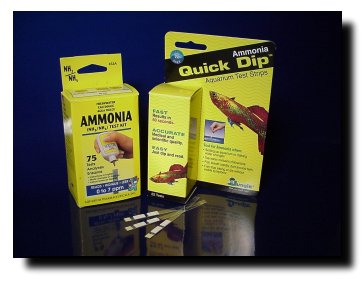 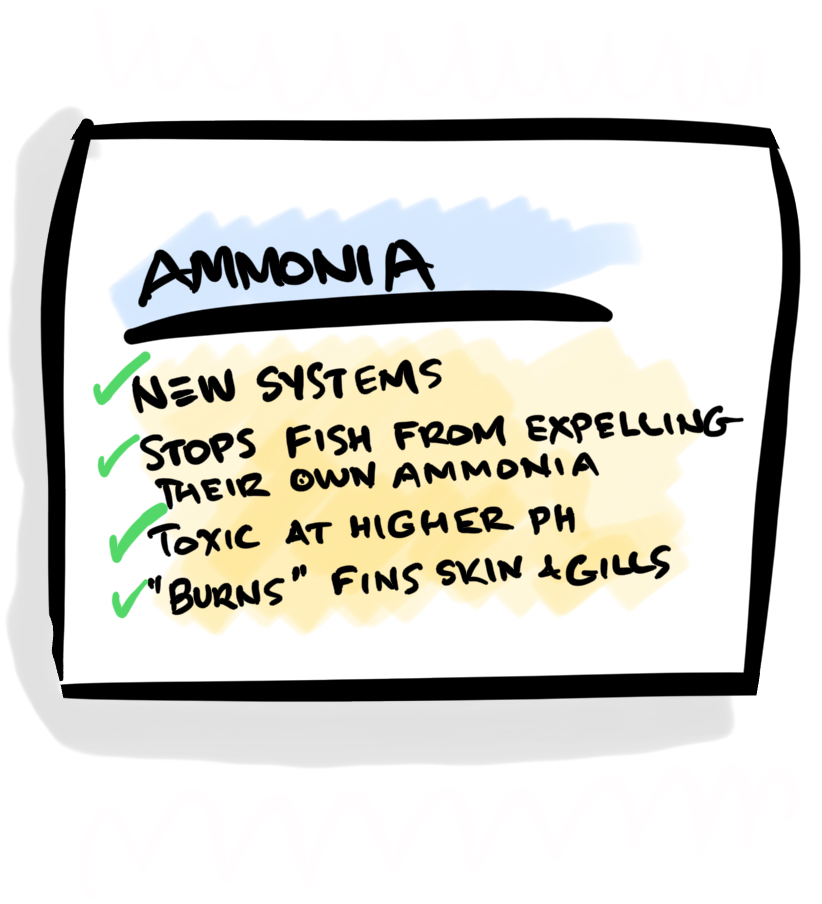 Ammonia is the primary chemical waste product of the fish. It’s basically fish urine. It can accumulate in ponds and cause health problems for the fish. Step Four is to assess this ammonia level with a test kit, or have someone test this for you. After assessing Ammonia levels in the pond, assure a healthy pond by doing water changes to remove the offending Ammonia, and reduce feedings in order to reduce Ammonia production by the fish. In some cases a dead fish may be decaying in the pond and cause high Ammonias. Some people use chemicals to bind the Ammonia but even though the application of certain chemicals may deceive your ammonia test kit to show a negative, the application of chemicals for Ammonia seldom results in healthier fish.

Don’t go too far into a discussion of Ammonia without also knowing about its correction by easy water changes, and Bioseeding.

Ammonia is extremely toxic and even relatively low levels pose a threat to fish health. Ammonia is produced by fish and all other animals, including ourselves, as part of normal metabolism. Such is the toxicity, that most animals immediately convert it to a less harmful substance, usually urea, and excrete it in urine.
Fish shortcut this process and continually excrete metabolic ammonia directly into the surrounding water via special cells in the gills. In a natural environment, such as seas, lakes and rivers, it would be immediately diluted to harmless levels. However, in the confines of aquaria and ponds, levels can rapidly rise to dangerous levels unless it is constantly removed, usually by biological filtration. Additional amounts are produced from decomposing fish food, fish waste and detritus.

The effects of Ammonia on fish health:

Raised levels affect fish health in several different ways. At low levels (<0.1 mg/litre NH3) it acts a strong irritant, especially to the gills. Prolonged exposure to sub-lethal levels can lead to skin and gill hyperplasia . Gill hyperplasia is a condition in which the secondary gill lamellae swell and thicken, restricting the water flow over the gill filaments. This can result in respiratory problems and stress and as well as creating conditions for opportunistic bacteria and parasites to proliferate. Elevated levels are a common precursor to bacterial gill disease.

Fish response to sub lethal levels are similar to those to any other form of irritation, i.e. flashing and rubbing against solid objects. Without water testing it would be very easy to wrongly conclude the fish had a parasite problem.