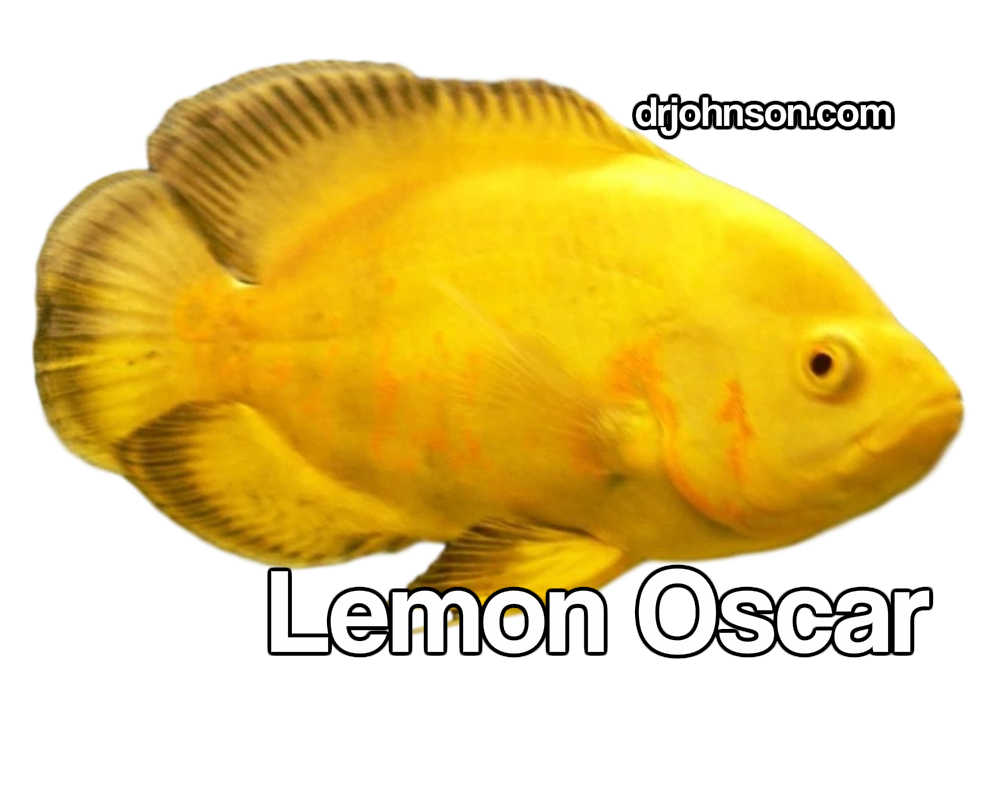 This fish is the grandaddy of the big cichlids. It was only after the establishment of this fish as “the best reason to own a 75 gallon tank” that the Managuense and the other giants became popular. While it is certainly not the largest of the cichlids, it is most certainly the most rewarding. It is a graceful fish which is happy alone in a seventy five gallon tank, and can be bred in very large tanks. They do excavate their aquaria so don’t spend too much time decorating.

There are at least five varieties of Oscar. The Plain Oscar, The Tiger, The Red, The Albino, and the LongFin. There are now longfins in most of the color patterns and types. The new Lemon is beautiful and the Albino is making headway to becoming a PLATINUM and some specimens exist. All varieties of the Oscar have the ocellatus on the tail peduncle. It’s universal to all Oscars and never has been bred out. The fish grows to a length of up to eighteen inches. I have seen a fourteen inch specimen in real life.

I could not afford to keep him due to the requirement for live food. Smarter Oscar aficionados will start them young on a variety of foods to keep them from developing ritualized preferences which cannot be adjusted.

Will harm smaller tank mates. Will kill other Oscars which are not ready to breed. If they are in retail establishments, they are usually too crowded to think about defending a territory so they can appear to be rather peaceable.

They like it warm for best results, although we all know of Oscars being kept happily on the most deplorable conditions of cold, dark and dirty aquaria. pH is largely irrelevant for their successful rearing. They like it clean, with alot of space, adequate aeration and warm. I do not suggest you buy this fish for communities, or for tanks under fifty gallons in volume. Really, seventy five gallons should be the bare minimum if the fishes’ preferences were to be honored.

This fish will take flakes, frozen bloodworms, tubifex cubes, chopped meat and brine shrimp when small. Smaller fishes will also be eagerly consumed. SuperWorms [PetsMart/Armstrong Cricket Co.] are also accepted. Later in life, unless you’ve varied the diet, the fish will only take the childhood menu in a ritualized devotion to it’s narrow selection. Ideally, an adult will eat a pelleted food [for economy] with an occasional [2x weekly] live fare to keep its interest up.

To accomplish this, the smaller fish will have to be reared with a pellet [Hikari or Impact] as it’s staple diet.